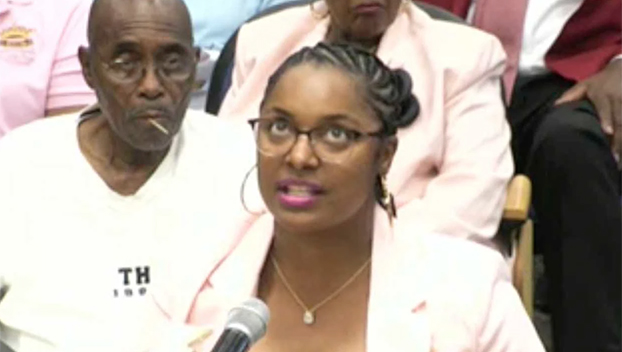 Few eyes were dry — both among the audience and city officials — this week when the Port Arthur City Council hosted two public hearings to rename two city buildings after influential residents.

The first was a request made by Councilman Cal Jones to rename the Developmental Services Department after Inell Ross Moore, who worked for the city from 1972 until her death in May 2020. According to city documents, Ross was also the first African American teacher at Sam Houston Elementary School.

As City Attorney Valecia Tizeno explained to the audience the purpose of the public hearing, she too became emotional.

“I want to thank the city staff for putting a beautiful presentation that you’ll see here,” she said. “My voice is shaking since Ms. Moore is someone I’ve probably known since before I was born, if you can no somebody that long. And I just think all of what we’re doing tonight, Council and Mayor, on behalf of all four people are very great.” 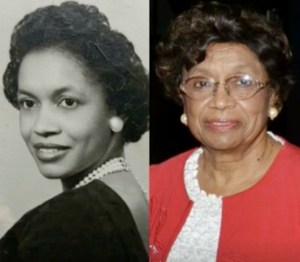 “It is a pleasure to stand before you and represent Inell as well as the rest of our family,” King said. “It’s an honor for you all to even consider my grandmother for this, just naming something after her. She stood in this community and did plenty of things. She has taught many of you. She’s helped many of you. She’s helped this city. And we just thank you for considering her and continuing her legacy.”

“My mom loved the City of Port Arthur. She came here from the big city of Houston and momma and daddy wanted her to come home and she said, ‘I’ve got to get married,’” she said. “When Val talks about my mom, I can talk the same about her mom because they were best friends. Thank you for considering this honor for my mother because she truly is turning over right now and shouting. She loves this city and she loved each one of you.”

“When we all considered this a couple of months ago, my heart was filled because of her services to the City of Port Arthur,” she said. “I pray one day I can be as much of a woman as she was.”

And City Manager Ron Burton called her a strong woman of faith and dignity.

“I know her legacy will live on,” he said.

The second public hearing was to rename the Port Arthur Municipal Court after the late judge Kermit Morrison Jr. 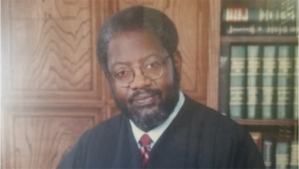 Tizeno said years ago anyone wanting to be a lawyer knew first to go to Gulfway Drive and speak with Judge Kermit, his wife Judge Stella Morrison and Judge Donald Floyd before making a decision.

“We are grateful that you considered this primarily because I know my husband is looking down at us today, and I know that he has a beautiful smile on his face. And he’s saying to you, ‘thank you,’” she said. “Kermit was a man with dignity and integrity. He was a man who believed in fairness and justice. I’m grateful that I was married to a man with that type of integrity and dignity.”

“I just wanted to stand and express my gratitude to the council to the citizens for considering Kermit,” he said. “He always demonstrated integrity. He was brother in Christ. He was my mentor. But most importantly, he was my friend.”

Councilman Cal Jones, who suggested the renaming, spoke of longtime friend and told a joke about a time he got a speeding ticket.

“He said, ‘see me Monday morning. Councilman Jones, you were speeding. You were wrong,’” Jones said. “I’m proud of what I’m doing for him. Super nice guy. He and I never had a cross word in the 47 years we stayed friends. I love him, and I miss him.”