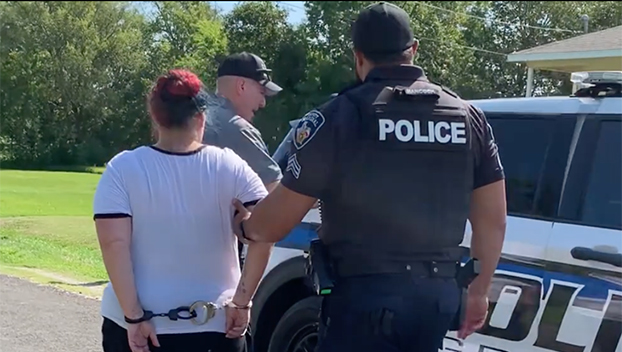 (Courtesy of the Groves Police Department)

The Groves Police Department announced Thursday that a detectives investigation revealed a resident of the home Michelle Bradford had knowledge of a dog being dropped off at the home.

During an interview, she admitted to investigators she forgot about the dog being left outside.

Groves Detectives completed the case file and submitted it to the Jefferson County District Attorney’s Office for review.

The Jefferson County DA accepted the felony charge of cruelty to non-livestock animals, which is a 3rd degree felony.

A warrant was granted, and Judge Benjamin Collins Sr. issued a $25, 000 bond.

Once the warrant was active, Groves officers located Bradford at a home in Port Arthur and were able to execute the warrant.

Bradford was then taken to the Jefferson County Correctional Facility, where she is being held on the $25,000.