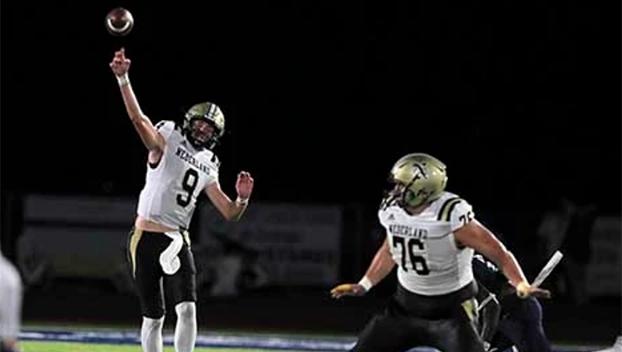 NEDERLAND — The Nederland Bulldogs will try to bounce back from a rough Week 1 with another tough opponent this week in the Memorial Titans.

The Bulldogs take on the Titans at Memorial Stadium Friday, with the kickoff set for 7 p.m.

Those not able to make the game can catch it on the Sheffield Production YouTube channel at no cost.

“Every week we are going to pull out the things we need to get better at,” he said. “It is usually negative, but we are not going to beat them over the head with it. We are going to reevaluate ourselves and make sure we get the message across to them in the right way.”

Barrow was encouraged by how his team came out after halftime of last week’s game against West Orange-Stark. The Bulldogs were able to drive the ball down to the goal line before a botched snap on fourth down forced Nederland to turn the ball over on downs.

“Coaches always think if you can do it once, you can do it again,” Barrow said. “We had that long drive. I think as inexperienced as we are, if we put that in and score right there, it builds for the rest of that second half. When you have all of that and lose it, you feel like you didn’t give yourself a chance.”

Nederland sophomore running back Hubert Thomas had a good night running the ball for the Bulldogs.

“I didn’t think the stage would be too big for him,” Barrow said of Thomas. “Going against a physical team like West Orange, he was coming off the field and asking questions. He didn’t have that look in his eye like ‘this might not be for me.’ I was proud of the way he ran and how tough he ran. He made good decisions.”

Nederland plays against the No. 6-ranked team in 5A Division I Friday as the Titans are coming off a dominant performance in Port Neches.

The Titans defense swarmed, forcing two interceptions and a fumble on special teams.

“They have speed and their secondary plays with a lot of confidence,” Barrow said. “They run to the football. They do things inside and try to get you running sideways and let their team speed take over on defense.”

“He is a guy that can throw it and can run, not unlike Jah’mar last year,” Barrow said. “He just may be bigger. That is always a defensive coordinator’s nightmare. Coach (Chris) Theriot will have some fun nights sleeping this week.”