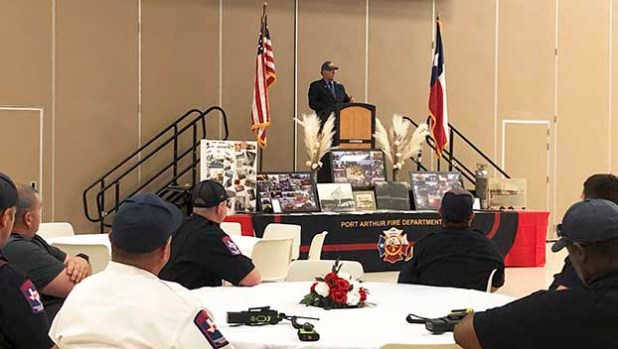 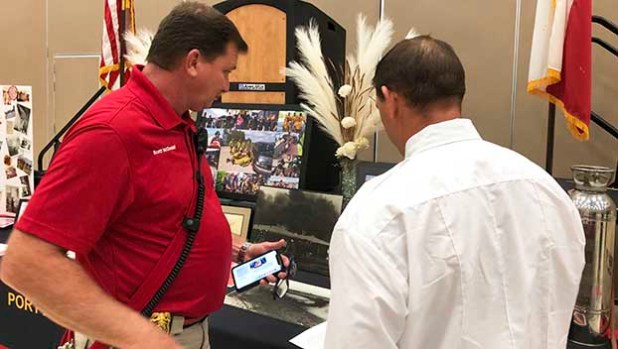 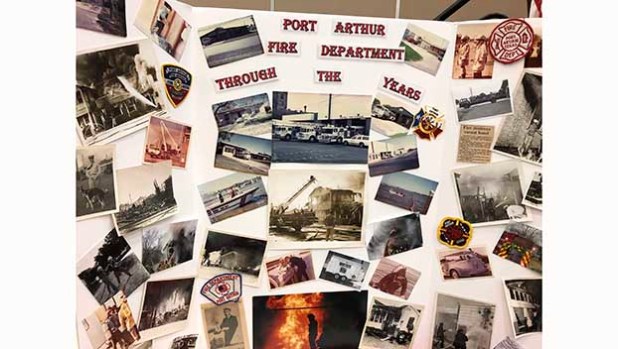 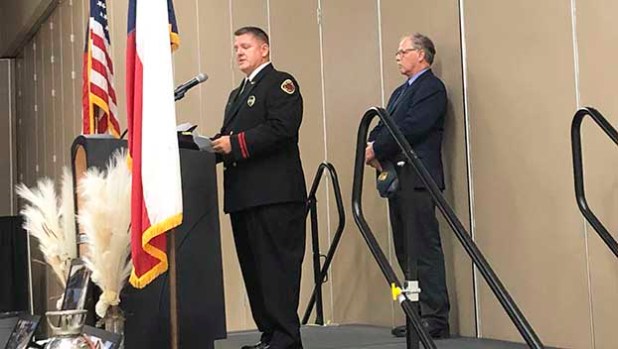 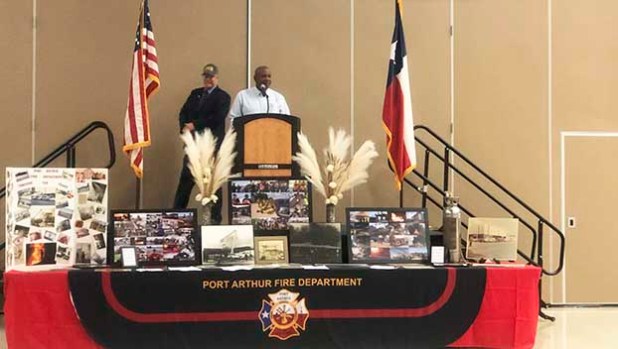 Firefighters, said Port Arthur Fire Chief Greg Benson, help people on what might be the worst day of their life.

Sometimes it’s the last day of their life.

“That’s a tragedy that does happen, but we’re there to try and prevent that, avoid that, and support their families,” he said.

Benson spoke Wednesday at Robert A. “Bob” Bowers Civic Center, where current and former members of the fire department joined with community leaders to celebrate the department’s 125th anniversary.

“Respecting history is important, but we also need to engage in forward thinking of what’s going to be happening in the future,” Benson said. “So providing that past for that continued success of service to the community is an important aspect. We need to maintain an emphasis on service, on safety and excellence.”

The room contained a display of photos ranging through the department’s history, as well as a revolving slideshow containing pictures from significant moments.

And in some, former members saw parts of their own history.

“That engine right there — I used to drive Stonegate 8 for years,” said David Guillot, pointing at the slideshow. Guillot began his career with PAFD in 1975 and retired in 2013. But it was a job he never expected to have.

“It was time to find a real job. I took a test for the police department, the fire department and something else,” Guillot said. “I passed them all, did ‘eenie meenie miney mo’ and picked the fire department. I’d rather dodge fire than bullets. But it’s not sane to run into a burning building, either, when everyone else is trying to come out.”

But it was, he said, worth it.

“It was a great job,” he said. “We didn’t get rich, but we made a living. And people cared about each other. I still have a place in my heart for all of them.”

“I deal with police and fire over there all the time, and I tell them, ‘I can’t promise you everything, but if there’s something y’all need, I’ll fight for it,’” he said.

“We’re happy to be here and happy to have been invited because we consider them our partners,” Vega said. “In speaking of partnerships, one of the hallmarks of our area is the collaboration of the cities, with not only the fire departments but police as well.”

City Manager Ron Burton also addressed the crowd, assuring that, along with City Council and staff, Port Arthur is committed to supporting the department.

“We want to commend you for the tremendous sacrifice that you’ve made with your families in order to improve the overall quality of life in the City of Port Arthur,” Burton said. “We know you spend more time attending to the city’s business than you spend with your families and your kids. So it’s our responsibility to make sure that your mental health and the area that you use for daily operations is safe, secure and comfortable for you and for the people that you serve.”

Here are some facts about PAFD as provided by the department: