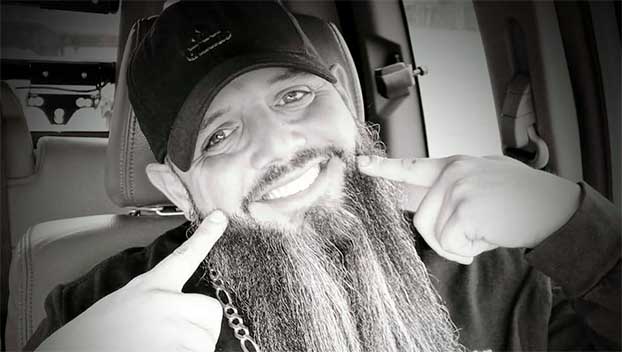 GROVES — A GoFundMe account has been set up to help with expenses associated with the death of a Groves man and tow truck driver who died after a motorcycle crash.

Krista Schoenberg of Brian’s Wrecker Service, said Jeremy Squires, 39, was one of her employees and was passionate about his job. He always went the extra mile to ensure everyone else’s safety.

“He was a huge advocate of the ‘Slow Down and Move Over’ campaign,” Schoenberg said on the fundraising page. “Jeremy was known all over our community for his willingness to always help others.”

She went on to say Jeremy’s wife, Jordan, and his family needs the community’s help.

“With Jeremy’s sudden passing, the financial strain will be felt. We are creating this GoFundMe to help Jordan with funeral, medical, and living costs,” she said.

Squires, 39, was riding his 2016 Harley Sportster westbound on Texas 73 at approximately 6:30 a.m. when police say he failed to negotiate a curb in the highway. He struck the guardrail and was thrown off the bike a number of feet down onto 39th Street.

He suffered severe head trauma and was taken to Christus St. Elizabeth Hospital in Beaumont, where he died from his injuries during the night.

No other people or vehicles were involved in the crash.

Police said the victim was not wearing a helmet.

Groves police received assistance from Texas Department of Public Safety, Nederland and Port Neches police departments. The westbound lanes of Texas 73 from 25th Street to Twin City Highway were shut down, as well as a portion of 39th Street during the investigation.

Squires was a longtime tow truck driver who worked for Brian’s Wrecker Service and was well known in the area.