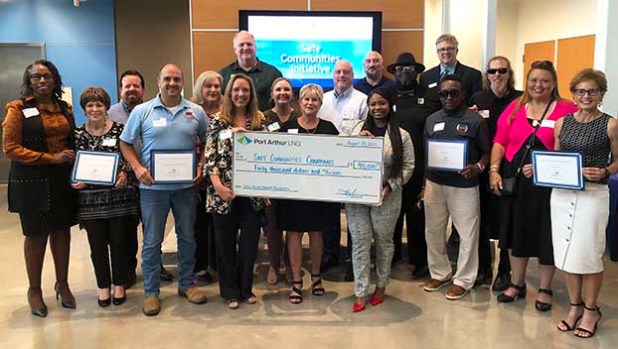 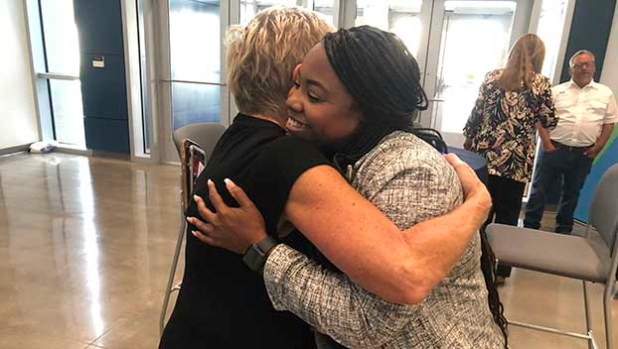 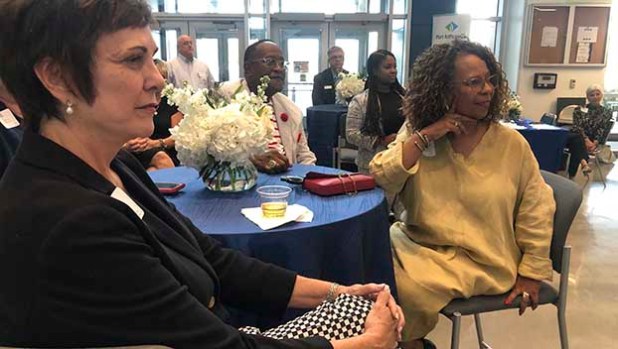 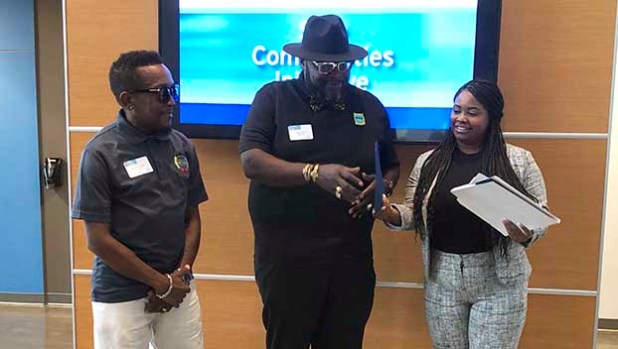 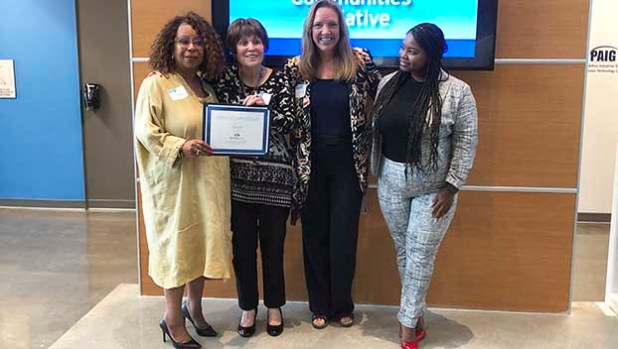 Seven local non-profits were honored this week for their commitment to health and safety as recipients of the Safe Communities Initiative grant awards.

In addition, two were recognized for outstanding work in safety.

Sempra is the parent company of Port Arthur LNG, which on Tuesday at the Lamar State College Port Arthur’s Umphrey Industrial Technology Center awarded a collective $40,000 in grants.

Debbie Perkins, United Board of Missions executive director, said funds received this week help those struggling to pay for medications.

“This is for our newly-founded (prescription) program through Gulf Coast Health Clinic, and it will help us assist people that need help with their pharmacy needs, such as diabetics and that type of thing,” Perkins said.

As for the YMCA of Southeast Texas, grant money will go towards a new program that tracks exercise intensity.

Pearson said the program will be geared to three groups — teenagers, parents and seniors — and each group receives 15 trackers.

Sempra Infrastructure Director of External Affairs Kelly Prasser said this is the first time the company awarded grants specifically in health and safety.

“At Sempra, we’re committed to safety,” she said. “We live it every day. It’s the No. 1 priority at our company.”

In addition, Prasser said, since 2000, Sempra and Port Arthur LNG have invested nearly $600,000 into Southeast Texas organizations working for the betterment of the community.

Those that received Safe Communities Initiative grants were:

Additional Safety Awards for 2022 went to: