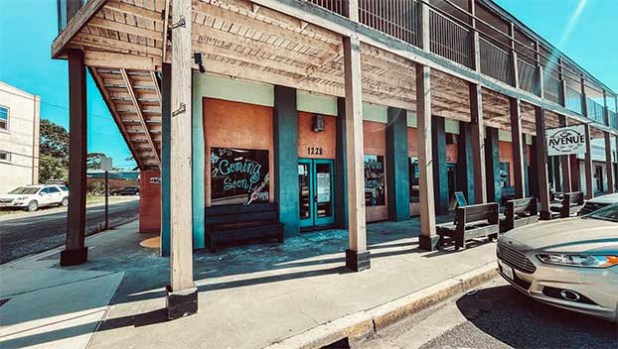 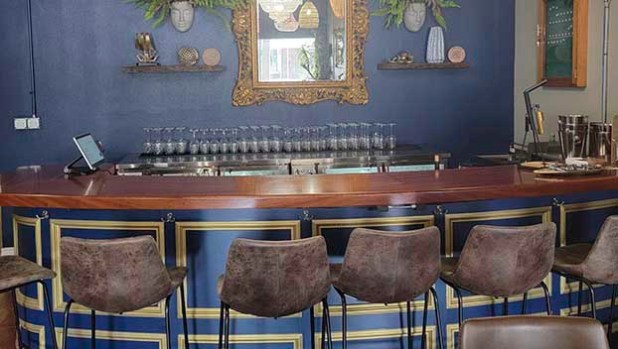 This is the brightly decorated bar area at Meridian Wine Bar. (Courtesy photo) 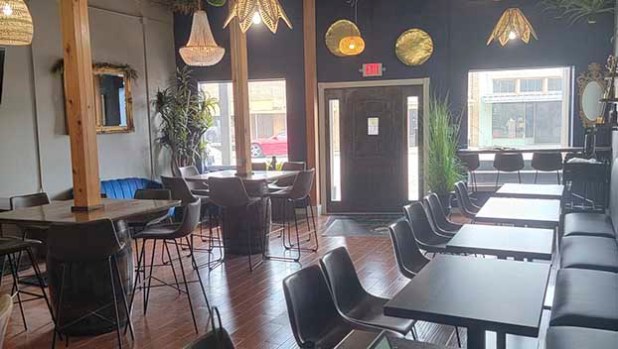 PORT NECHES — Southeast Texans will soon have a new place to wind down — or wine down, rather — with the opening of Port Neches’ first wine bar.

“I’ve always wanted to open a bar,” said Katie Scott, owner of Meridian Wine Bar. “I didn’t really know what kind, but I love wine. I’m not a wine connoisseur, by any means, but I love wine and there’s not a lot of places that are a wine bar.”

Scott, a native of Port Neches, prepared a space at 1228 Port Neches Avenue in The Macha Building.

“I love The Avenue and I definitely just want to see Port Neches grow,” Scott said. “I like wine and want to share it with the people.”

It’s part of a growing community on The Avenue that provides shopping and entertainment day and night.

“I’m absolutely thrilled,” said Mayor Glenn Johnson of The Avenue’s growth. “When I got involved with City Council in 1996, you could put a car on one side of Port Neches Avenue and drive all the way down without hitting a thing.”

Johnson said the residents of Port Neches, an aggressive rezoning plan, an active council and the addition of an Economic Development Corporation have all contributed to the continued business developments.

And, in addition, Johnson has known Scott since she was a child.

“She’s had this dream and it is about to happen,” he said. “I’m so excited for her.”

Scott said the wine bar is expected to open next month, as it is awaiting approval from the health department.

Once open, Meridian Wine Bar will offer flights with four small tasters, as well as featured wines from different countries.

And entertainment, such as bingo, is on the list as well. The bar also has a space for acoustic musicians to perform.

“A lot of people have hit me up for ‘The Bachelor’ and ‘The Bachelorette’ watch parties, so that’s something I’m looking into,” Scott said.

The Port Neches woman said she’s looking forward to adding to the culture that Port Neches Avenue has become.

“The traffic has grown within itself, and it’s a younger crowd,” she said. “With the brewery and the café down the street, you definitely notice that younger people are starting to hang out here. They’ll spend the day here and at night hang out at the brewery.”