Nederland victim of fatal wreck was newly married, hoping to start a family 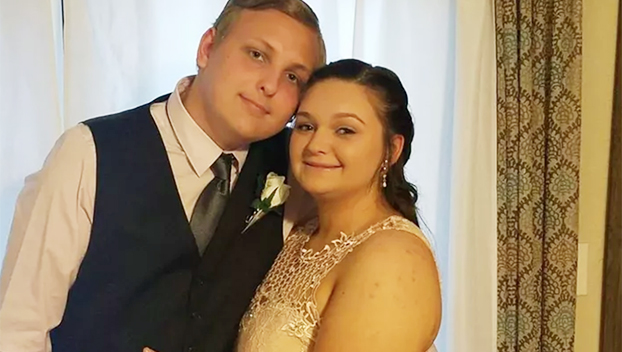 Brittnie Eldridge Adaway, 23, texted her husband at approximately 9:10 p.m. Monday to say she was leaving a friend’s house and was headed home.

But as time passed and she did not arrive, he began calling her.

“Then a state trooper showed up at their apartment,” said her mother-in-law, Christine McNeely.

Her son Chris called his mother before the trooper left, inconsolable.

“They were each other’s first loves,” Christine said, adding the two married in November 2020. “That was his first real girlfriend. They were thinking of having a baby.”

Brittnie died Monday in a fatal wreck in Orange County. According to information from the Department of Public Safety, at approximately 9:30 p.m. a 2019 Kia driven by Brittnie was traveling south on Texas 63 between Bridge City and Orangefield when a 2014 Honda driven by 59-year-old Sheila Lavalle traveled into the oncoming lane and struck the Kia head on.

Brittnie died at the scene. Sheila, of Orange, was taken to a Beaumont hospital, where she later died.

While DPS identified Brittnie as a Nederland resident, Christine said she and her husband met after the young woman transferred to Port Neches-Groves High School. They were about 17 years old.

“She was very outgoing,” Christine said. “She cared about her family and friends a lot, and her husband tremendously.”

Christine said she is keeping in contact with Brittnie’s family, who is also struggling with the sudden death.

Christine has organized an online fundraiser to assist with funeral expenses.

“No one expected to be laying to rest a young, vibrant 23-year-old girl,” she wrote on the site.

The fundraiser can be found by searching Brittnie Eldridge Adaway at GoFundMe.com or by clicking here.