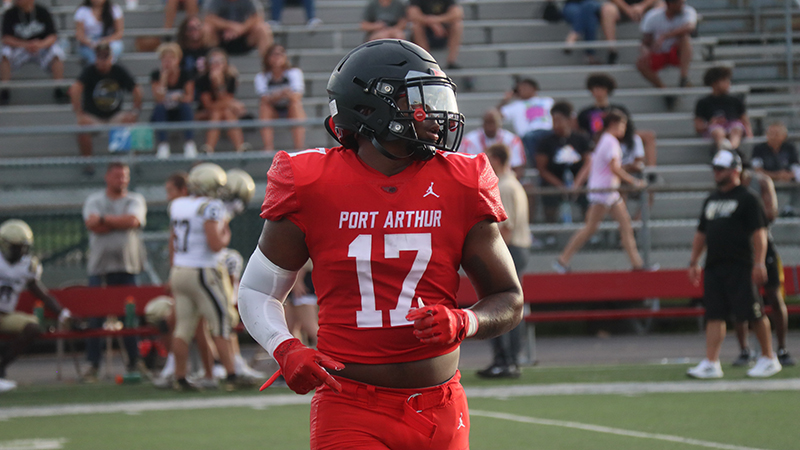 Memorial Head Coach Brian Morgan said his team is preparing for a potentially chaotic environment in Port Neches for the Titans Week 1 matchup against Port Neches-Groves.

As some players walked by Morgan’s office this week, one was loudly humming the PNG fight song.

“They have a really good atmosphere and always have over there,” Morgan said of PNG. “It will be the first game of the year. There will be a lot of local people that will be there that might not have even gone to some of the games that go to that game because of the history. We will talk about it and try to get them prepared for the music and everything. It is just part of it.”

Morgan said on the field, PNG’s advantage could be up front.

“They have a big line and a returning quarterback,” Morgan said. “I think you put those together and they have some really good players around them. The receiver is a really good player. When you have the o-line and quarterback, that is the two areas where experience matters the most. They have that. I think they are going to come out ready to play. They won a lot of games last year. They know how to win and they are at home. We are going to come out and try to keep it close.”

Memorial Defensive Coordinator Korey Mangum said for Titans defense to be successful, players have to focus on details.

“I keep telling them to worry about ourselves and what we can control,” Mangum said. “We have to play sound football and smart football. We can’t give up big plays on trick plays and things like that. We need to force turnovers and give the ball back to the offense.”

Mangum said the team has been working on getting calls from the sideline correct since two-a-day practices.

“They can’t come back and say they messed up communication,” he said laughing. “You have to talk. It is going to be loud. Get adjusted to it.”

The defense has some good experience in the secondary with senior Jelani Chevalier playing corner and Daevon Iles at safety as a junior.

The Titans have a few seniors like Chevalier and linebacker Darrell Thornton who got to see the environment first hand their sophomore seasons. The Titans traveled to Port Neches in 2020, where they won in overtime.

“I don’t know how much calmness there will be,” Morgan said. “We are going to try and get our kids prepared for playing in a loud environment that mimics that. While we have some inexperienced guys, we don’t have a ton of young guys. We have some guys that weren’t starters last year and some transfer guys that played in big games somewhere else. There is one position we are young at and those guys are so young, they don’t know any better.”

Morgan said playing in Port Neches is a good test for his team.

“Going into it, we had the opportunity to probably play at home or over there,” he said. “I thought it would a benefit for our guys, knowing that we were going to have inexperienced guys that needed to be in that environment. Two years ago, it helped us that year.”

Morgan previously said he knew he had a good team two years ago because of how his players responded to that environment. The 2020 Titans went on to have the first undefeated regular season in Memorial history. 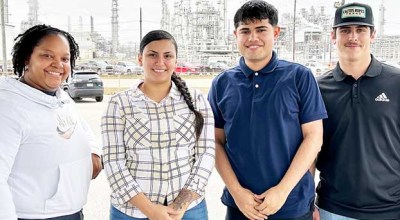