Food truck requirements in Groves could be changing 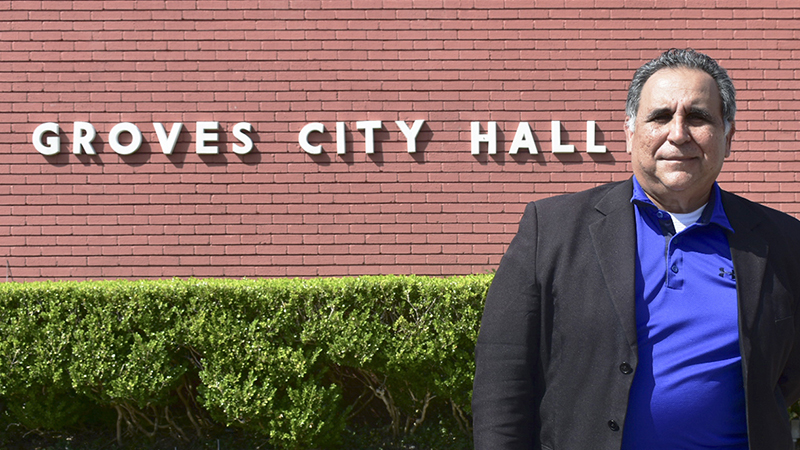 GROVES — The City of Groves is looking at updating its food truck ordinance as the mobile diners gain popularity.

Groves leaders have discussed the issue off and on for a number of months and now feel it is time to revisit city ordinance and bring it in line with sister cities, City Manager D.E. Sosa said.

The current ordinance is pretty simple, Sosa said, requiring the food truck to be inspected, as well as secure a permit fee and the property owner’s permission.

City Attorney Brandon Monk took parts of Nederland’s and Port Neches’ ordinances and created a draft for council to review.

One particular issue taken from Nederland and adapted for use in Groves will, if approved, require the owner of the food truck to also have a brick and mortar business partnership, though it doesn’t need to be a food business. If not, then the truck owner would need to have a homestead in the city of Groves.

There will be exceptions for one-day events, such as the recent Back to School Blast that brought in 300 to 350 people.

The Groves Pecan Festival is another type of event where there would be exemptions.

“We don’t want to have people not participate in the Pecan Festival because it’s too expensive for a permit,” Sosa said.

Another example of an event where there would be exemptions is National Night Out.

Other issues for consideration in the ordinance are the amount of fees, time frame associated with the permit and location to place the food truck.

One local business not considered a food truck is Pit Side BBQ & Catering at 3445 Main Ave.

Sosa said this business is permanently anchored to the location and has a grease trap as well as water and sewer connections.

Sosa hopes to have the final form of the draft ordinance by the Aug. 29 council meeting, but that is subject to change.