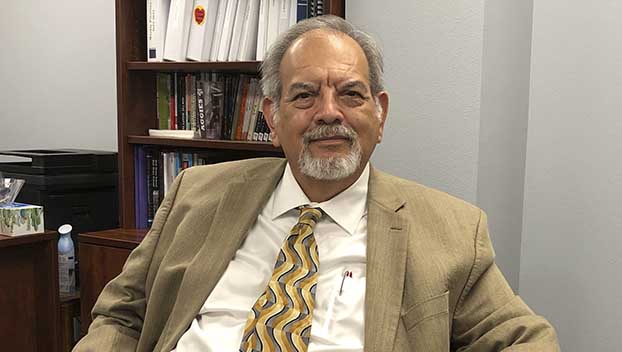 Of the 37 school districts in Region V recently rated by the Texas Education District, the highest ranking was earned by Bob Hope School.

The news was announced last week after the TEA released annual A-F accountability ratings for the first time since 2019 when COVID interrupted schools.

The district’s last two scores were also high — a B by 89 in the previous grade, and an A the year prior.

And despite battling the pandemic for years, the district’s 2022 rate is 92.

“We faced challenges like any other district,” Lopez said. “We had classes. We canceled classes. We were going to Zoom, getting back to normal, then canceling classes. It was crazy the last few years. But we were able to focus, put a plan together and bring it back.”

The CEO credits the district’s model, which he designed, and the staff as a whole for the students’ success.

“We have a phenomenal board — a great board that’s very supportive of the kids,” he said. “We have all of the teachers, administration team, campus directors, everybody. I can’t tell you enough about them. They all do really, really well. We even have the administrators…help tutor. It’s a whole process and we all come together.”

The charter’s school model begins in pre-kindergarten through second grade, where students learn through a Montessori curriculum that also includes dual-language learning. Through this process, each student is assigned to a homeroom with a teacher who speaks their first language — either English or Spanish. On the following day, the student moves to the other class, where they learn from a teacher whose first language is not the same as the students.

In elementary, the students also begin learning Mandarin Chinese and a string instrument, to which Lopez refers as a fourth language.

“We feel that we’re putting a lot into kids’ brains, but they don’t know anything different. That’s the only thing they know,” he said. “They come to school, they engage in all of these activities and it really has a great success. We do a lot of studying of how the brain works and we do know that the more we can bring into a child’s mind at a young age, the more they’ll be able to give back in the long run and do really well.”

Bob Hope School opened in 2010 and now has elementary and middle schools in Port Arthur and Beaumont, as well as a high school in Beaumont. And there are plans to expand, with a Baytown elementary campus on schedule to open August of 2023.

There are plans to add additional schools in East Harris County — four elementary and middle schools, with two shared high schools in between.

“The other locations haven’t been chosen yet,” said Kelsey Borza, fund developer for the district. “But we can build schools within those districts.”