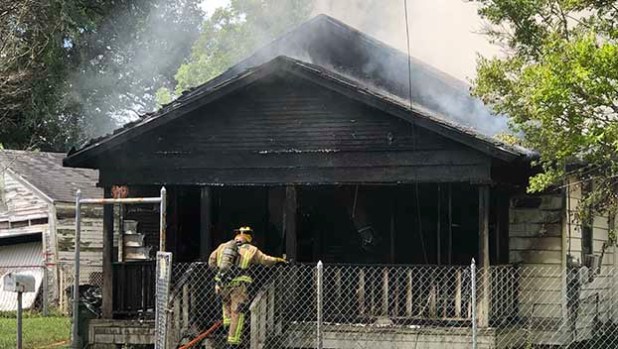 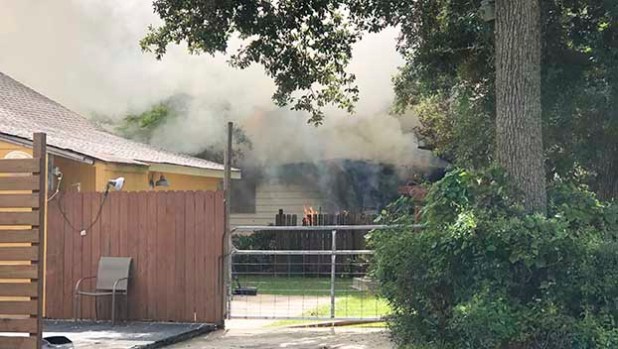 Flames are visible from the back of a home in the 2700 block of 9th Avenue. (Monique Batson/The News) 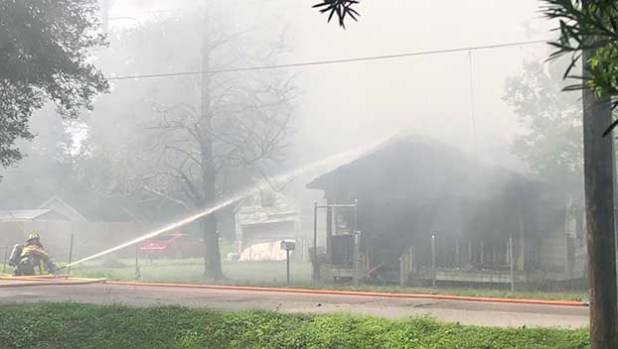 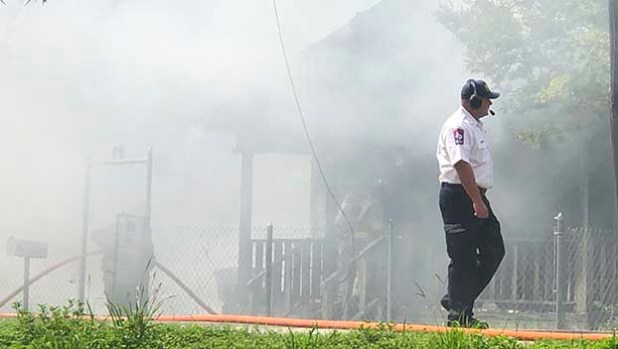 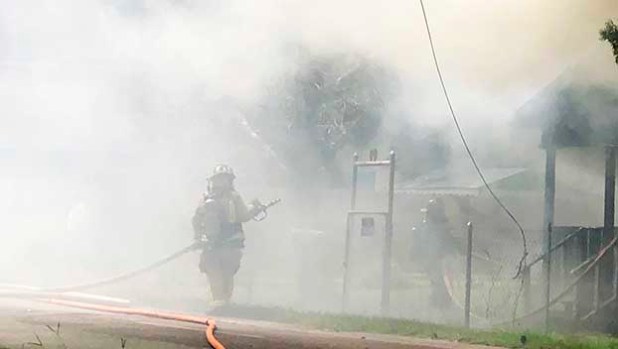 A firefighter works on a house fire on 9th Avenue in Port Arthur. (Monique Batson/The Newss)

Two people were injured and an animal killed Monday morning during a house fire in the 2700 block of 9th Avenue.

According to Port Arthur Fire Chief Greg Benson, the fire was reported at 11:04 a.m., and an inspector in the area was on scene within three minutes. Engine One arrived at 11:09 a.m., at which time the house was engulfed in flames.

Because of the heavy blaze, Benson said, firefighters initiated a defensive attack with a 2.5-inch hose, which produces a heavier output of water than the standard hose. Once the visible flames subsided, firefighters lowered the size of the hoses used and were ultimately able to enter the home.

One resident, Benson said, was outside when officials arrived and had suffered burns. He was evaluated on site by Acadian Ambulance Services and taken to a nearby hospital. His condition was unknown as of Monday afternoon. Red Cross was contacted to assist the family, as the house is a complete loss.

A firefighter also sustained minor injuries on scene and was treated by EMS.

A dog in the residence did not survive, authorities said. “The cause and origin of the blaze is under investigation.

“A fire of that magnitude is not survivable,” Benson said. “That’s another reason why it’s important to have an escape plan for you and your family, because if something does happen, what are you going to do? How are you going to get out?”