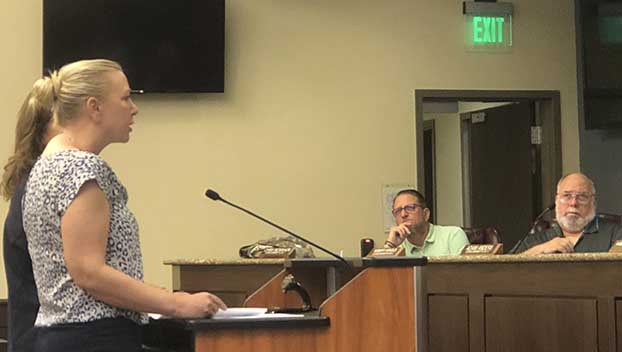 The Port Neches City Council on Thursday approved a resolution to nominate Indorama Ventures Oxides as a Texas State Enterprise Zone Project, which was created to incentivize investment and job creation in economically distressed areas.

Caitlin Glenn, a consultant for the company, said the program is administered through the office of Governor Gregg Abbott, and would result in more than $150 million in capital investment.

“If it’s successful, we’ll receive a designation that will last five years,” she said. “There’s no fiscal impact on the city. However, it’s considered a partnership between the city and the governor’s office to offer this benefit.”

According to information from the governor’s office, companies must be nominated by their community in order to receive the Enterprise Zone designation, which in turn grants eligibility to receive state sales and use tax refunds on certain expenditures.

Huntsman in 2019 announced it would be selling portions of its business to Indorama Ventures, including a facility in Port Neches.

According to documents from the City of Port Neches, Huntsman was nominated in 2010 and 2017. A signed resolution from 2010 required at least 35 percent of Huntsman’s new employees be residents of an enterprise zone or be economically disadvantaged. Other stipulations included a continued high level of cooperation between public, private and neighborhood entities in the area.

“The designation of Indorama as an enterprise project will contribute significantly to the achievement of the plans of the city for development and revitalization of the area,” the resolution states.

The Port Neches facility, acquired in 2020, sits on approximately 3,000 acres and employs approximately 300 associates, according to information from the company.