Document: Beaumont man held woman against will, beat her 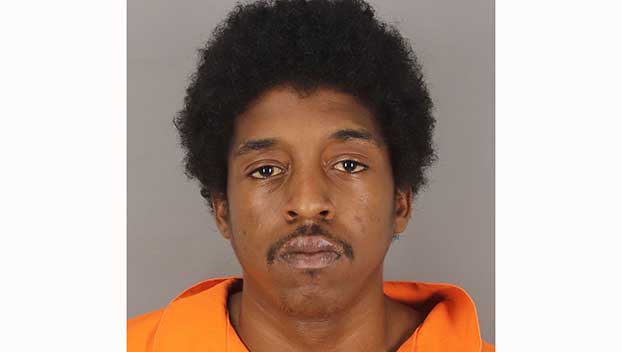 A Beaumont man that reportedly stomped on a woman’s face until she went unconscious, hit her with a cooking pan, cut the back of her neck and threatened to kill her child was indicted on charges of aggravated kidnapping and aggravated assault.

Beaumont police were dispatched to a home on South 8th Street in reference to a disturbance on July 29. They met with the alleged victim who said Aaron Jamal Johnson, 25, had assaulted her and held her against her will from July 14 to July 29, according to a probable cause affidavit.

She said Johnson accused her of talking to another man and took her phone. He reportedly hit her in the face until she lost consciousness and when she woke he hit her in the neck and back with a speaker.

During the alleged assault he cut the back of her neck with a knife, threatened her and stomped her face until she lost unconscious again. He asked he questions and if he didn’t like the answer, he hit her head and knees with a cooking pan. And when he head began to bleed, he said if anyone came to her aid he would stab the child to death.

The physical assaults stopped on July 15.

She told police her face was so swollen she couldn’t see for a couple of days.

On July 28, she said she went to a job interview but returned afterwards because Johnson threatened the child. She did not notify police.

The following day Johnson reportedly allowed her outside with the child and she was able to call a person for help and Johnson left before police arrived.

Police did note her injuries when they spoke with her, the document read.

As of Friday Johnson as still in the county jail.