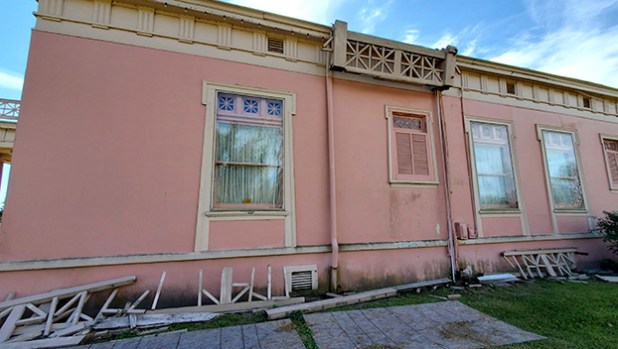 The lattice at the roof line of the historic Pompeiian Villa in Port Arthur is set for rehabilitation. (Mary Meaux/The News) 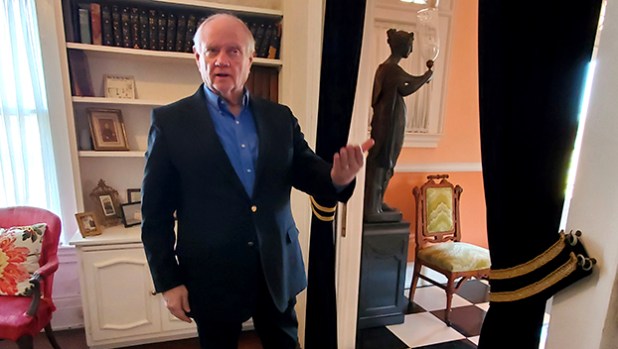 Tom Neal talks of the history of the Pompeiian Villa on Wednesday. The building is owned by the City of Port Arthur while Port Arthur Historical Society operates the building. Neal is director of the Museum of the Gulf Coast. (Mary Meaux/The News) 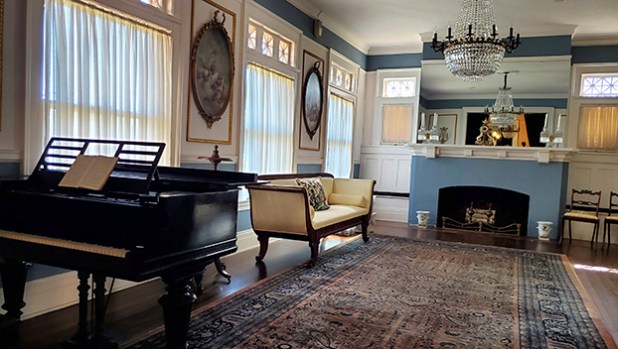 A front room inside the Pompeiian Villa. (Mary Meaux/The News) 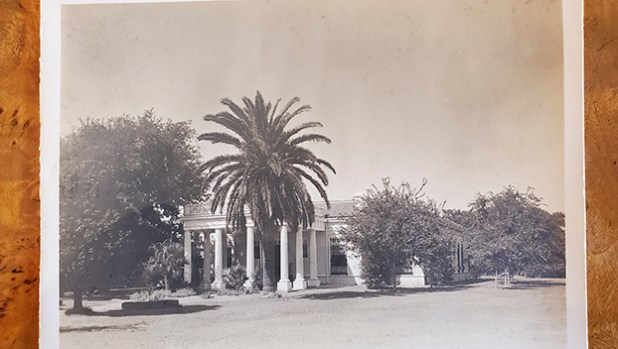 A photo of the building as it looked decades ago. (Mary Meaux/The News) 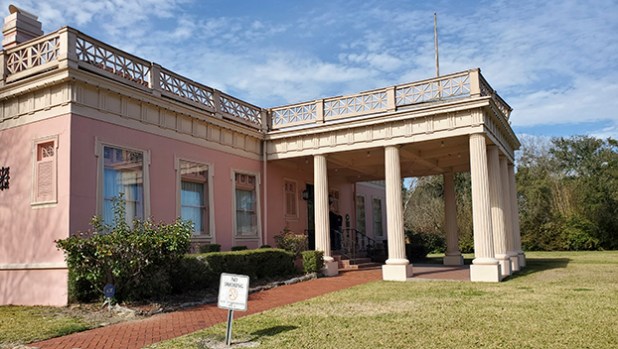 Another view of the Villa and the lattice. (Mary Meaux/The News)

Planned renovations to a historic building will cost slightly more than originally expected due to undetected issues.

In February, the Port Arthur City Council authorized a contract with Marsh Waterproofing of Vidor to repair Pompeiian Villa, located at 1935 Lakeshore Drive. Work on the 122-year-old building, which is owned by the city and operated by the Port Arthur Historical Society, was estimated to cost $80,000, most of which would come from insurance money.

The light pink house was in need of new lattice near the roofline following damage from hurricanes Laura and Delta.

In a recent memo to City Manager Ron Burton, Adam Saunders, director of the Robert A. “Bob” Bowers Civic Center as well as other facilities in the city, requested a change to the original order “due to unforeseen issues with the structure, including inadequate support and some water intrusion.”

Saunders said $62,777.93 has been collected in insurance money from Laura, but funds from Delta have yet to be finalized.

This week City Council authorized a change order for an additional $20,000, bringing the total project to $100,000.

According to Tim Marsh, president of Marsh Waterproofing, recommendations on pricing were made by suggestions received from a city representative.

The Orange County company will provide all labor, materials, tools, equipment, supervision of work and insurance coverage to employees and property damage.

In a document provided to city staff, Marsh specified the following additions to planned renovations:

Repairs to the Villa must be done to the specifications of the Texas Historical Commission. Any costs to the city will be reimbursed through additional insurance funds, Saunders said.

While the Villa has had a multitude of owners since it was built, it was purchased by the Historical Society with the intent of using it as a museum.