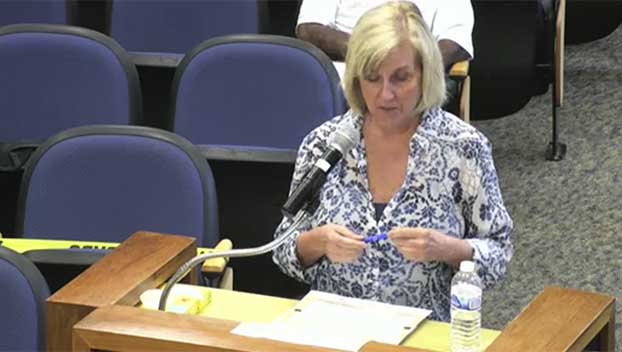 The City of Port Arthur will host two public hearings next week before taking action on a proposed tax rate and budget for the 2022-23 fiscal year.

“We are establishing the proposed tax rate based on the information we received from the tax assessor,” City Attorney Valecia Tizeno said. “We have the voter approval tax rate that has been established, and the no new revenue tax rate.”

Following the public hearing, Tizeno said, the council has seven days to finalize the budget.

Director of Finance Kandy Daniel said the new taxable values given through the Jefferson County tax assessor and certified by a financial assessor in Orange County have increased from $3.4 billion last year to $3.8 billion this year.

For the voter approval rate, legislation passed in 2021 reduced the maximum rate increase available from 8 percent to 3.5 percent without triggering an election.

“This is the first year that we’ve had to go by the 3.5 percent,” Daniel said. “Last year we were able to use the 8 percent due to the disasters we’ve experienced. This year, because of the calculation, (it) will require a 5 percent reduction in the property tax rate from 74 cents to 69 cents.”

Those numbers were not available during previous budget discussions that have been ongoing through the month.

“We’re going to request that we reduce the tax rate to the 69 cents and we’ll make some modifications to the proposed budget because of that,” Daniel said.

Of the suggested reductions, one is reducing a proposed cost-of-living raise for all city employees from 4 percent to 3.5 percent.

Another change is the removal of funds budgeted for legal services in Special Proposed Division. That, Daniel said, was a duplication later discovered to be included in the budget for Legal.

A public health emergency preparedness coordinator previously funded through a grant was expected to move to the city’s payroll in the new fiscal year, but it is now recommended that it be funded through the American Rescue Plan Act grant for another year.

Additional changes from the proposed budget include:

Daniel said the fund balance will drop by $874,000 but “is very healthy” and “still in excess of all policy requirements.”