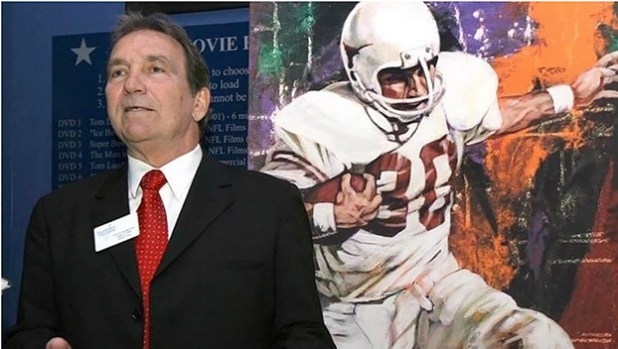 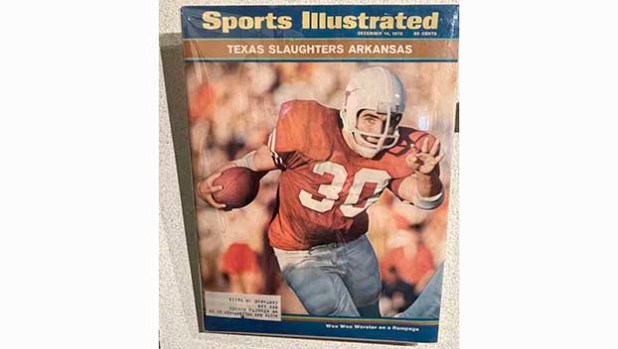 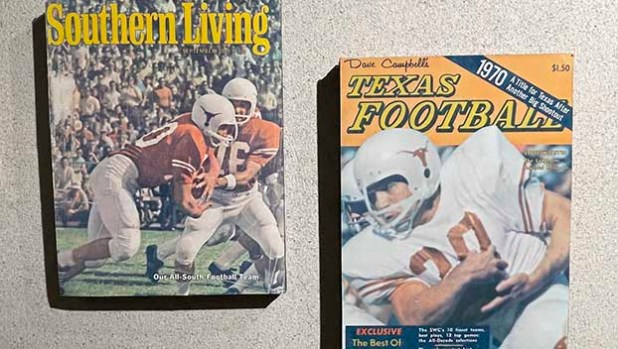 Steve Worster is pictured on the September 1969 cover of Southern Living and the 1970 cover of Dave Campbell’s Texas Football magazine. (Monique Batson/The News) 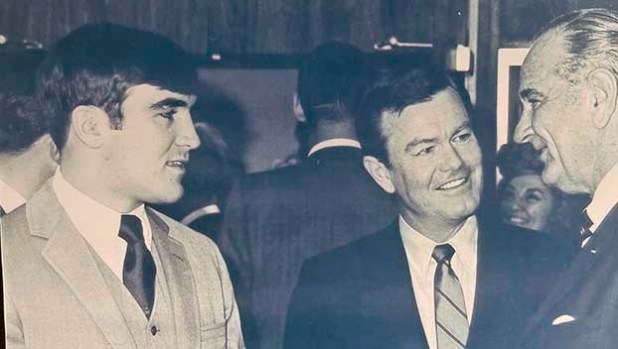 From left: Steve Worster is shown with University of Texas Head Coach (1959-1975) Darrell K. Royal and Lyndon B. Johnson. (Photo courtesy of the Museum of the Gulf Coast) 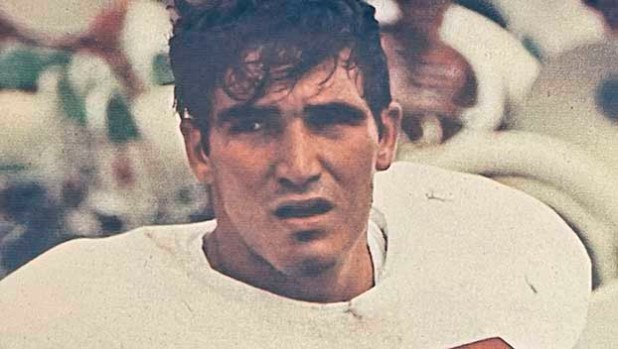 Pictured is Bridge City football standout Steve Worster, who then went on to play at the University of Texas on a football scholarship. (Photo courtesy of the Museum of the Gulf Coast) 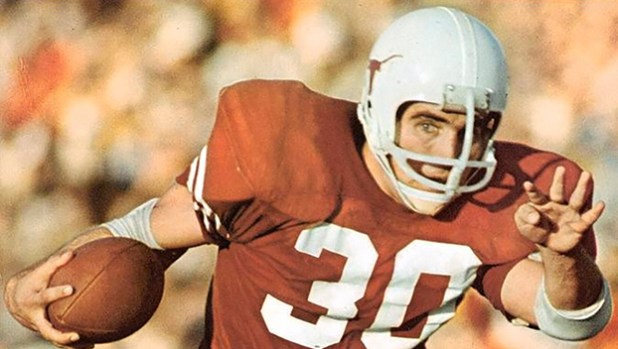 Orange County and Bridge City lost one of its most-beloved icons Saturday night as the legendary athlete Steve Worster passed away.

Worster, 73, will long be remembered for his exploits as a running back at Bridge City High School and at the University of Texas.

Worster helped power Bridge City to the Class 3A State Championship in 1966 after reaching the title game in 1965 for legendary Cardinal coach H.W. “Chief” Wilson.

Worster was All-District for four years, All-State for two years and a high school All-American. He zipped to 2,210 yards as a senior, as the Cardinals went 13-1 and defeated McKinney 30-6 to win state by a whopping margin. 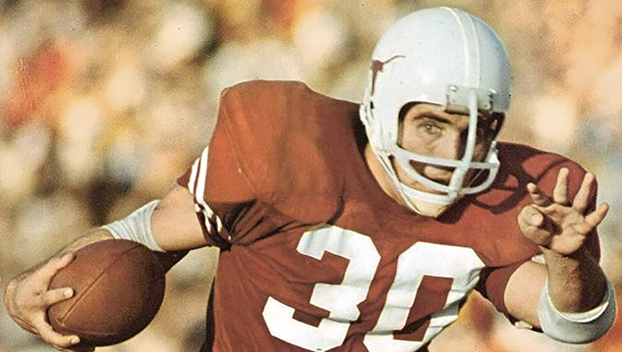 “Those were great times and Steve was such a great kid,” said Woodall. “He received so many accolades, but the best thing about him, he remained humble, one of the most humble guys you could ever meet. His teammates always looked up to him. If he was in the limelight, he wanted his teammates to be right there with him.”

Both state championship game seasons, and particularly the state championship itself brought the community of Bridge City together. The effort is credited with the passage of incorporation of the city in 1970. Worster and his Cardinals teammates would become hometown heroes and inspired a generation of future Bridge City football players.

“Those teams put Bridge City on the map and Steve was always so proud of that,” said Woodall. “He was always keeping in contact with the guys, and they were all so tight-knit, when they played together and all the way to now. I can’t tell you how many times over the years, we would be out of town and tell people we were from Bridge City, and they would immediately say, ‘Isn’t that where the great Steve Worster was from.’ He really made a name for himself throughout the entire country, but he was always humble about that.”

“He played at a solid 210 pounds here, and I mean totally solid. There wasn’t an ounce of body fat,” said Woodall. “He ran low and hard, and you didn’t want to get in his way. He wasn’t what you would call extremely fast, but looking back, when he broke the line of scrimmage, nobody ever really caught him. Let’s just call it deceptively fast.”

“He had over 5,000 yards at Bridge City, that’s hard to fathom. It just kept adding up and adding up and he would always give credit to the offensive line and the entire team,” said Woodall. “Numbers didn’t matter to him. It was always about being a member of the team and helping the team win. He could’ve put up bigger numbers probably at Texas, but he was part of something amazing there, getting that Wishbone going for Coach (Darrell) Royal. They had so many weapons. You didn’t know who to stop, but a lot of times they would key on Steve and he still barreled through college defenses.”

Bridge City had quite a few recruiters bounce in and out for games during that State Championship season.

“We were playing a game at home against Conroe and we would turn around and look at the track behind the sidelines and it was amazing what we saw,” said Woodall. “Recruiters from all over the country just lining up and watching Steve play. We saw Darrell Royal, we saw Bum Phillips. It was like the ‘Who’s Who’ of college coaches.”

Worster piled up 5,422 yards during his huge run as a Cardinals great before going to UT, where he helped the Longhorns win two National Titles for legendary coach Darrel Royal.

As the fullback in Royal’s Wishbone offense in the late 1960s, Worster’s punishing running style was perfect to wear down defenses in the triple-option set that changed college football forever.

Texas Longhorns fans eventually gave Worster the nickname “Big Woo” for his punishing running style and how he lifted his teammates.

To cap the 1970 national title year, Worster ran for 155 yards on 20 carries in a 21-17 win over Notre Dame and was named the game’s most outstanding player on offense.

“Steve was the toughest football player I have ever seen,” said McKay. “He hit or was hit on every down and never backed down or slowed up.”

Bill Little, former UT sports information director, said that Worster was the “Greatest of all Time,” long before the popular acronym GOAT entered the American lexicon.

“He was arguably the best that ever was in his time,” Little said. “For those who saw him play in the late 1960s as an All-American fullback at Texas, if he wasn’t the ‘best’ to play the game at Texas, no one was better.”

Worster is part of the Texas Athletics Hall of Honor and a member of three organizations’ halls of fame — Texas Sports, Texas High School Football and Cotton Bowl.

Although Worster was chosen by the Los Angeles Rams as the 12th pick in the fourth round of the 1971 NFL draft (the Rams’ fourth pick overall).

He did not play in the NFL. Worster did spend one year (1971) in the Canadian Football League, playing for the Hamilton Tiger-Cats,

Worster is survived by his two children, Erin and Scott.