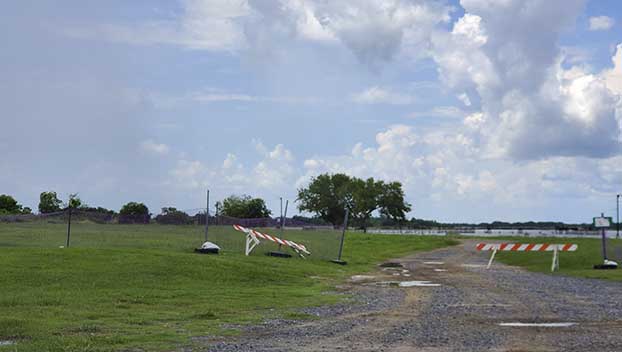 PORT NECHES — Discussions are continuing between the City of Port Neches and four separate businesses looking to make the Port Neches riverfront their home.

City Manager Andrè Wimer said there is progress being made.

Approximately three years ago the city first heard from officials with Iguana Joe’s, a casual Tex-Mex restaurant with four locations in and near Houston area. In 2021 the Iguana Joe’s site plan and construction documents were approved.

But in that time frame construction costs increased across the economic spectrum, something that has impacted all four of the projects.

Other projects still on pause include a two-story eatery by Obana Reality and Rippeon Properties; Neches Point. which will be a food court with several eateries and a retail portion; and an unnamed project. 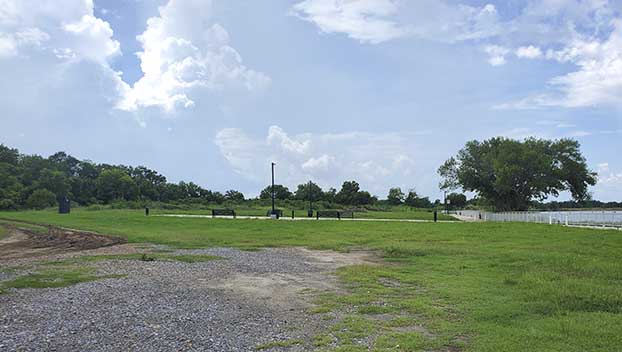 Benches and a lighted sidewalk along the Neches River add to the scenic view for four proposed businesses. (Mary Meaux/The News)

Wimer said he is not ready to put a timeframe on when the projects would resume.

“At this point I would be hesitant but it does seem we are nearing conclusion on a couple of these processes and hopefully they can move forward in the near future,” Wimer said. “The city is obviously anxious for all of the projects to begin, but there is time involved in design and working through city requirements and then again you have the economic factors that have recently come into play.”

“It’s still on the burner. We are working on it. With everything that’s happened, COVID, changes in material availability and cost escalation, that changes everything, and with bank and financing changes,” James said. “It’s fortunate we are starting to see prices come down a bit.”

James is hoping to get everything kicked off on his project just as the other proposed projects along the riverfront get started.

“We want to do this right, not make it smaller because of the economy. We want what the community deserves down there,” he said.

Mayor Glenn Johnson is ready to see development happen on the riverfront and is losing patience.

Johnson said he’s at the point where he wants to see some dirt being turned, meaning construction to begin. “And now interest rates are gong up,” Johnson said. “I’m running out of patience. I think it’s time for everyone who committed to the riverfront to start turning dirt.”

The riverfront property is located along Lee Avenue adjacent to the Neches River Wheelhouse.