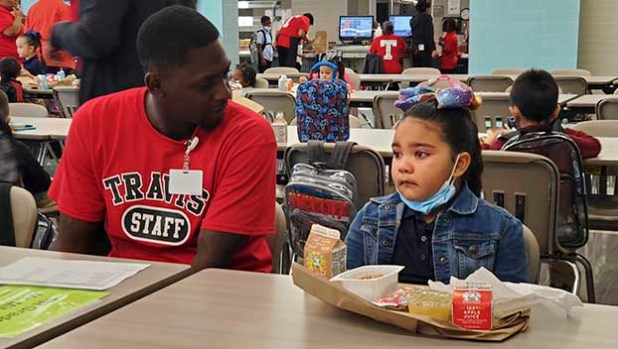 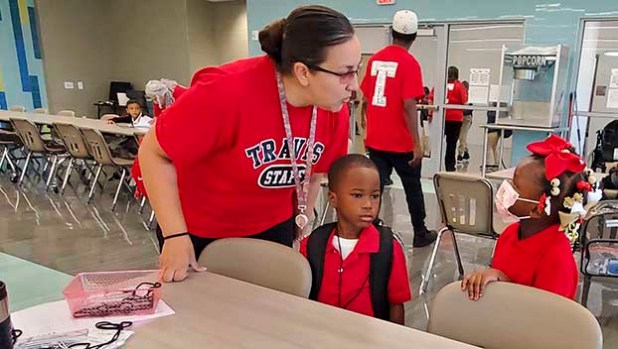 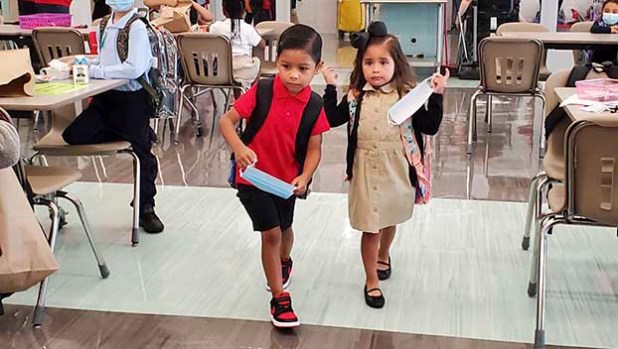 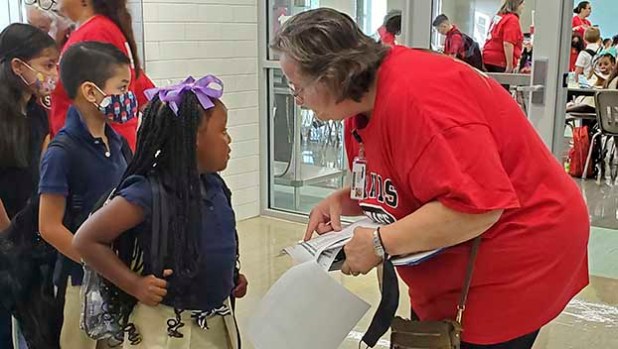 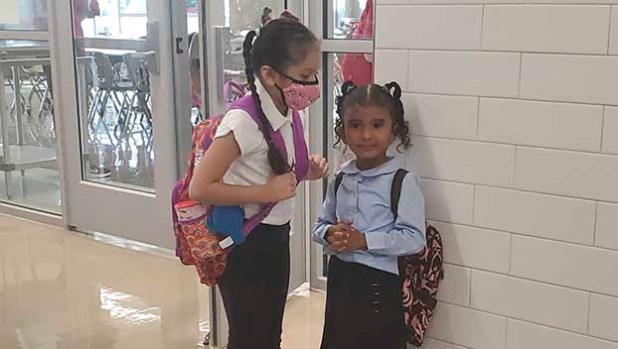 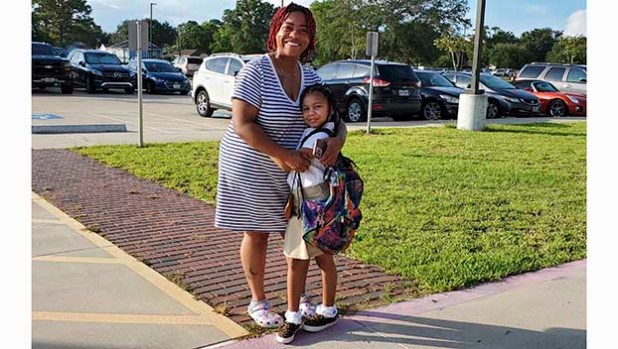 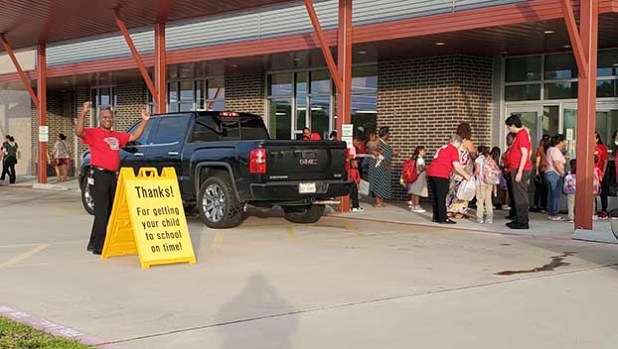 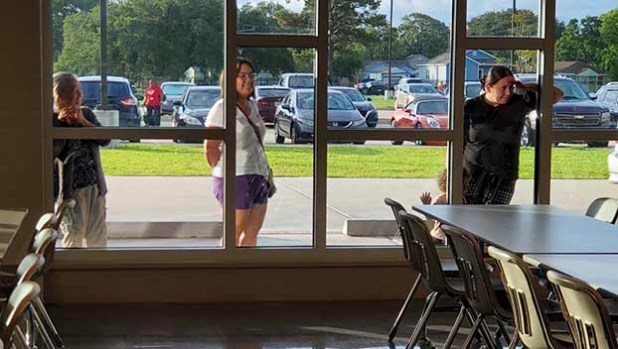 Parents and loved ones peek in the cafeteria windows at their children on the first day of school Wednesday at Travis Elementary School. (Mary Meaux/The News)

Over at Travis Elementary School approximately 600 students entered the doors and headed either to the cafeteria or the gym.

Principal Israel Taylor and staff were outside directing traffic and greeting parents and students with a big smile.