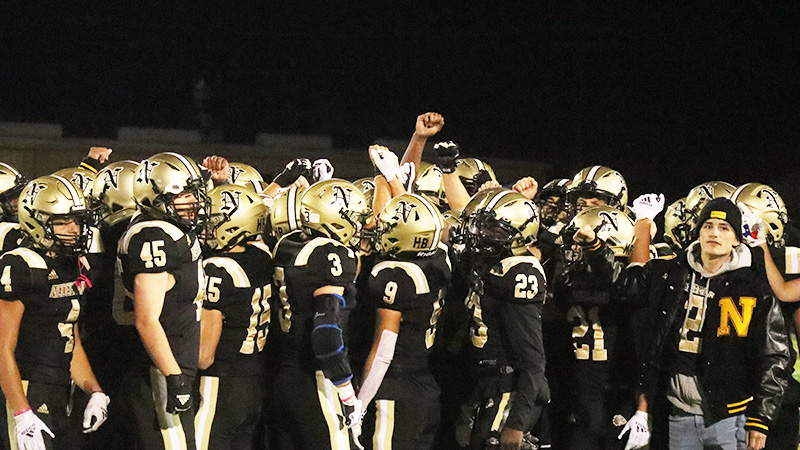 Area football teams will line up against someone other than teammates for the first time this year. The Nederland Bulldogs scrimmage Hamshire-Fannett and the Memorial Titans host an exhibition game against West brook.

Both games will be played Friday, with Titans’ game at Memorial Stadium. Nederland has not yet determined where its scrimmage will be as renovations are still underway at Bulldog Stadium and Hamshire-Fannett High School is also undergoing some upgrades.

Nederland Head Coach Monte Barrow said he is hoping to get his younger players acclimated to varsity speed.

“We want to get them out of the Thursday night mode and into Friday night mode,” Barrow said. “We try to do that in practice, but you can’t. Hopefully, in these two scrimmages, we grow from one to another as far as understanding the speed of the game and the physicality.”

Barrow said football is one of the hardest sports to replicate through practice.

“Nothing is ever the same (in football),” he said. “If you shoot a free throw, everyone knows where they are going to line up. If the bases are loaded and you have two outs of a three-two count, everyone knows where everyone is running. It is different. You teach off of a moment or a play. Even when you are teaching, you tell them that something else could happen. It is something where you will never be able to cover everything.” 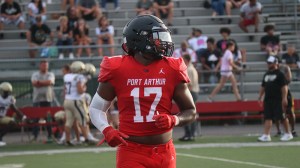 For Memorial, Head Coach Brian Morgan said his team needs to improve a lot before their first official game against Port Neches-Groves Aug. 23. The coach said that road starts with their upcoming scrimmage.

“We have to get in shape as far as football-playing shape,” he said. “We haven’t worn helmet and shoulder pads for a long period of time since last year. We have to get used to playing in longer drives. We had an inner-squad scrimmage last week. We have to keep making progress. I told the guys it is really a six-week process from the time we start camp to when we start district play. We have to get better over these six weeks.”

Morgan wants to see improvement from the offense and defensive lines. With 7-on-7 teams growing in popularity, the skill players tend to have a leg up on the interior players when the season starts.

“It is hard to simulate that stuff inside the hashes,” he said.

Memorial will scrimmage against 6A West Brook, which should help get the Titans ready.

“It is more about getting guys that we are unsure of or haven’t really seen play yet,” Morgan said. “We want to see how they respond.”

For the Bulldogs, Barrow said Nederland has plenty of new faces that have yet to see Friday night lights.

“Young can be our sophomores but it is also about experience,” he said. “We are young in a lot of areas. It will be the first opportunity for our quarterbacks to do some things when you are getting true pressure and guys are trying to put you on your back.”

Port Neches-Groves does not have a scrimmage this week because it had a padded inner-squad scrimmage in the spring. The team put on pads this week for the first time for fall practice and will scrimmage Little Cypress-Mauriceville next week as its lone scrimmage opponent.