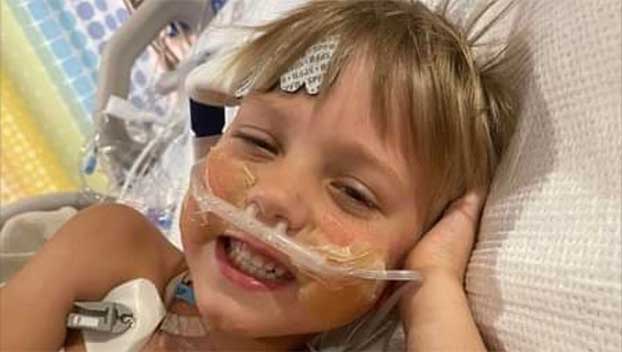 Organizers for an upcoming pageant to benefit the family of a young heart transplant patient are ongoing as the date nears.

“We’re looking for somebody to do links and drinks for the event, and of course if anyone else wants to do anything for the raffle,” said Brianna Byrd, who is spearheading the event. “We also need more contestants so we can raise more money for Hannah.”

The Sept. 17 event at the K.C. Hall in Port Neches will raise funds for the family of Rhett Leger, a 4-year-old from Nederland who underwent a heart transplant earlier this summer.

Hannah Leger, 27, said her son’s condition was discovered on an ultrasound while she was pregnant. However, at the time, doctors thought Rhett had partial heart blockage. Following his birth, it was discovered his heart had a complete blockage.

Within one week, he had a pacemaker surgically implanted. However, Hannah said, part of the insert cut off his blood supply due to his small arteries.

One week after his July 7 transplant, Hannah said Rhett was sitting up and playing at Texas Children’s Hospital.

The expenses associated with the frequent trips along with the medical costs is one of the reasons Brianna decided to plan a fundraiser, choosing a pageant because her daughter participated in benefit pageants.

The Knights of Columbus in Port Neches donated the hall, and they have received items for a raffle. However, they’re in need of more.

The pageant is scheduled for Sept. 17 and is open to anyone in the surrounding counties from newborn to 18, all which will be split into categories by age. While the entry fee hasn’t been determined, they will be hosting a superhero contest with a $25 entry that’s open to boys and girls.

The reason for the superhero contest, Brianna said, is because they call Rhett a “super heart warrior.”

Those interested in signing up for the SETX Warrior Heart Benefit Pageant can do so by clicking here or searching the name in Facebook events.

For information about the pageant or donating raffle items, email Brianna at briannapfoxworth@gmail.com.

Straight donations can be made to the Legers through Venmo at @Hannah-Leger-3 and Cashapp at $BonanaMommaa.