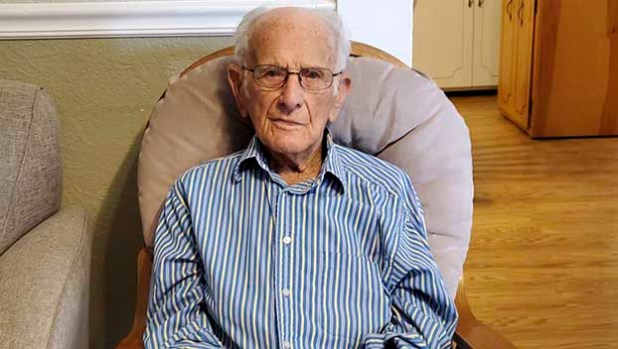 Benny Todd of Groves is celebrating his 100th birthday Aug. 13. 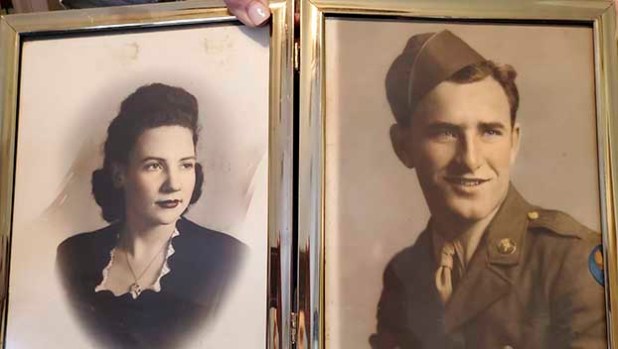 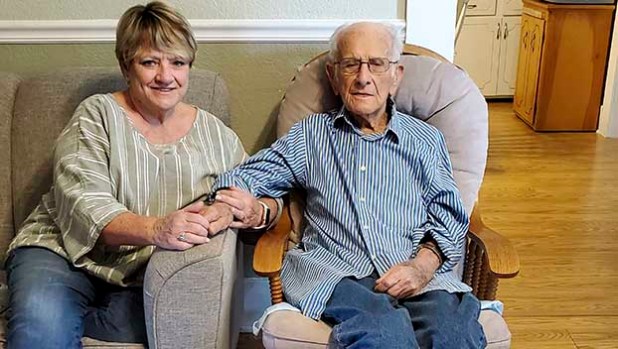 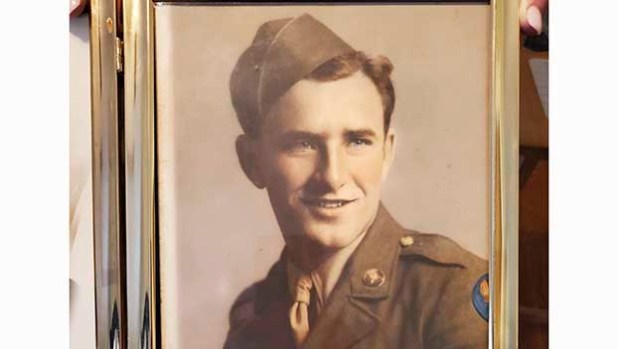 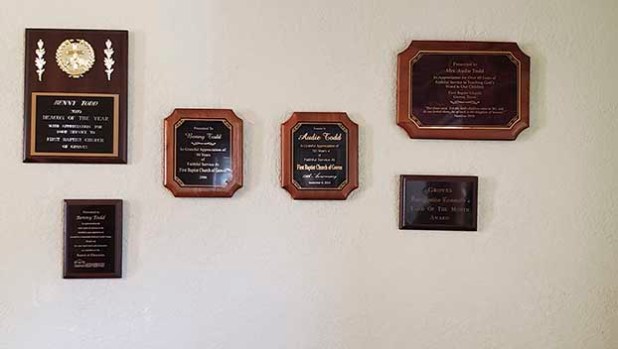 Benny Todd of Groves is celebrating his centennial birthday Aug. 13.

A reception is planned in his honor on that day at First Baptist Church Groves, where he has served as a deacon for 66 years.

Todd doesn’t do the near three-mile walks he did when he was 90 but still manages approximately five laps in his driveway daily, daughter Marlyn Trahan said.

Todd was born in Mississippi, the youngest of seven children. His father died when he was 8-years-old, which was during the Great Depression.

His older siblings traveled to this area for work in the plants, and Todd and his mother would travel back and forth.

Soon after graduation, Todd stopped at the post office to mail a letter and a military recruiter was sitting there.

“I stopped and talked to him a minute. I had to call my mama to come get the car,” Todd said of quickly enlisting in the U.S. Army Air Corps.

The military enlistment was an obvious choice for the young man, who couldn’t get a job and refineries wouldn’t hire him because he was draft age, he said.

The night of his enlistment he spent in Houston, the next night in San Antonio and a week later he was in Utah. He trained in California and was stationed in Albuquerque for several months before being shipped overseas.

As for his family’s reaction to his sudden enlistment?

“It wasn’t a choice, just a matter of when and if you volunteered. You got a better better choice of where you went. But if you were drafted you went into the infantry,” he said. “I volunteered and went into the (Army) Air Corps.”

Being part of the Air Corps he wasn’t part of the combat troops and was “further back out of the action.”

He spent time in North Africa and Italy during his time overseas. He was in the Army Air Corps from August 1942 to December 1945.

He had a sister living in Mississippi at one point, and on a trip to visit her, he met her next door neighbor, the woman who would later become his wife, Audie.

Marlyn Trahan said her mother, Audie, was a real life Rosie the Riveter who welded planes during the War.

“He said she was so little they’d put her up on the airplanes where other people couldn’t get to,” Trahan said, adding the radars were taken off some of the planes so they pilots could fly without being detected. Her mother welded the area where the radar was taken off.

The couple was wed for more than 75 years ,with Audie passing away earlier this year, a month from their 76th anniversary.

After life in the military, Todd found work at Goodrich in Port Neches.

Todd has led an active life until as of late, when he encountered a health problem. He used to garden but now enjoys sitting on his back porch looking at his immaculate yard, the flowers, shrubbery and the birds.