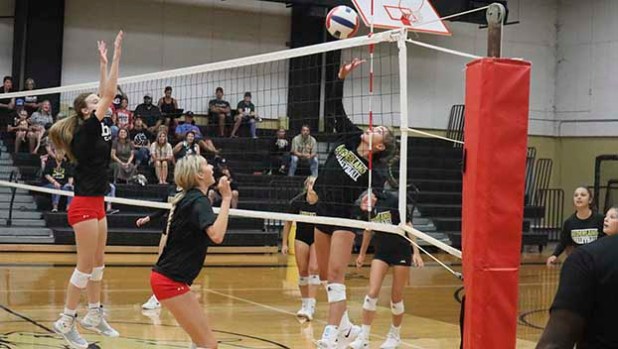 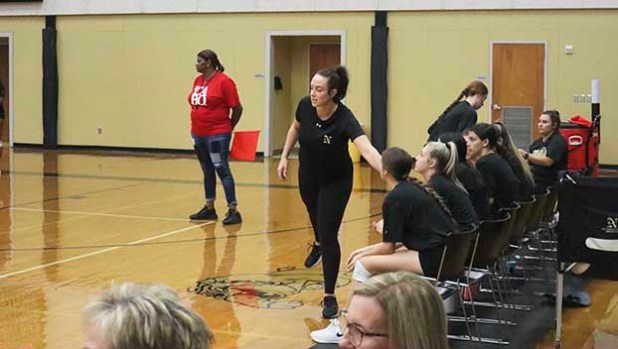 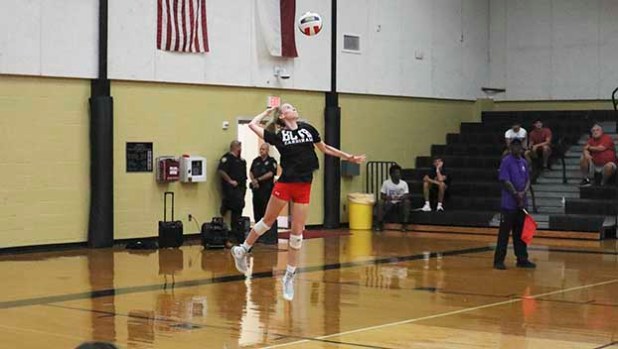 Coaches typically use these contests to try out different lineups and practice realistic in-game scenarios, but no stats or scores were kept. The matches lasted 20 minutes each, with each team playing both teams twice.

The informal setting allowed coaches to substitute players at will and often be further on the court to interact with players in between sets.

“Sometimes it is hard to gauge the caliber of a team and where we are struggling when we are just playing each other,” she said. “We already know what everyone can do on our team. It is good to see some different looks and what we can key in on.”

Nederland’s Ava Wiltz said the team is working out some kinks, but added she was happy with the performance in the alumni game and the scrimmage.

“We are just doing some fine-tuning,” Wiltz said. “We just have to work on telling the hitters where to hit. That is a big part of our job. We have to communicate where our setters are at.”

Crommett said her team seemed to gel but must learn how to adjust when taller players are in front of them.

“We tend to not pick shots well when there is a big block in front of us,” Crommett said. “Playing Bridge City helps us because they have a larger group of kids than we do. It will help us for when we go to Pearland and Barbers Hill. Overall we came together really well.

“We talk about having six sophomores, and sometimes that can be a regrouping year, but I feel like we meshed quickly. That takes some of the awkward things out that we would’ve had to fix over time. Coming in and being able to roll early on will help us in the long run.”

Wiltz agreed with her coach on needing to improve against large blocks, but said the team handled it better than she anticipated.

“We hadn’t played against a big block like that before,” she said. “I was interested to see how we would do hitting into the blocks, and I think we did pretty well at picking up the balls they did block.”

The Nederland Bulldogs host Hargrave on Tuesday at the Dog Dome.