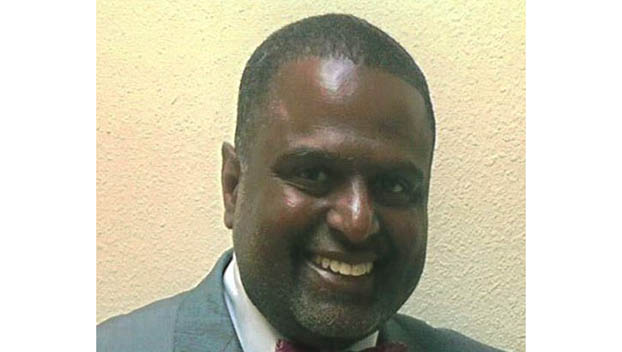 Mr. Michael “Andre” Guillory, 58, of Beaumont, Texas ascended the stairway to heaven for his eternal rest on July 21, 2022, at Baptist Hospital.

Michael was born and gifted to Thomas and Doris (Powell) Guillory on August 10, 1963 in Brooklyn, New York.

The family moved to Port Arthur, Texas when he was eight years old.

Michael was a resident of Beaumont, Texas and was a faithful member of Antioch Missionary Baptist Church under the leadership of Pastor Dr. John R. Adolph.

In 1985, he enlisted, served and retired from the United States Navy completing 23 years of dedicated service.

Michael went on to work for the United States Postal Service as well as Jefferson County Sheriff’s Office.

With a passion for learning he returned to Lamar Institute of Technology.  He graduated with certification in Process Operating which led to employment with Motiva Enterprises.

Michael was a man after God’s own heart.  He faithfully guided and served on the Usher Ministry in roles as a member to President of the Board.

Michael’s current assignment in the Kingdom of God was as a Deacon in Training. He was actively preparing to be more of a servant, to and for God, to the Pastor, Church members and community.

He was a member of the Royalist Civic and Socialist Club, Dorie E. Miller Post 817 American Legion, a loyal Dallas Cowboy fan, and a Culinary master.

He will be missed by two nieces, a nephew, a host of  aunts, uncles, cousins and dear friends.

Funeral service is scheduled for 11:00 am, August 6, 2022, at Antioch Missionary Baptist Church, with visitation from 9:00 am until service time.  Burial will follow at Houston National Cemetery in Houston, Texas on August  8, 2022.