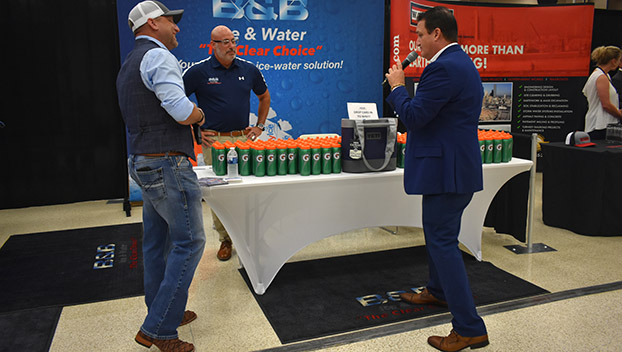 For Carroll DeMas, the 2022 Industry Show was a great way to say hello to current customers and meet potential customers.

DeMas, customer operations with B&B Ice & Water, provides products to places from convenience stores to construction sites that have 10,000 to 15,000 workers.

Located in the Port Arthur Business Park, B&B produces 100 tons of ice per day and is one of the largest Reddy Ice distributors in the U.S.

“This is a great opportunity,” DeMas said after speaking with some of the event organizers for a live interview broadcast over the speakers. “We’ve spent hours and hours and spent dollars and dollars trying to meet folks. It’s nice to meet them face-to-face. And we’re local.” 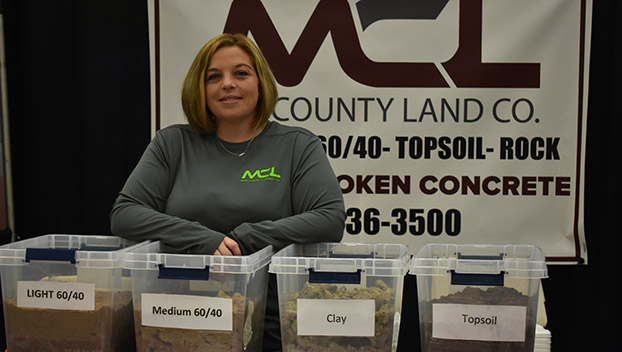 Crowds of people moved between the booths, some dropping in business cards for drawings and finding information about the vendors. The networking was something welcomed by Lacey Fregia with Mid County Land Co.

She said the Industry Show was a good venue for small and big companies and allows for face-to-face contact and a chance to meet with the right people.

“A lot of companies don’t know we’re in the area,” Fregia said. “We’re a mom-and-pop business.”

Amber Moore, along with Nadiyah Moore and Ashton, strolled through the civic center visiting various booths and picking up free items along the way.

“I think this is really great,” Amber Moore said of the event. “It shows people in the community what they (vendors) do.”

Wendell Rychlik, executive director of W.T. Byler, sat down for a quick interview with Travis Woods, chairman of the Contractors Business Development Group, and gave information on what he said is the largest civil site work and railroad builder in Texas and Louisiana.

Rychlik said they have construction projects from Laredo to Plaquemines Parish, Louisiana.

Their work doesn’t stop there. They also work in the industrial petrochemical sector.

The event, billed as “a trade show for contractors to meet industry leaders,” featured more than 110 companies from across the area and brought in more than 875 guests. 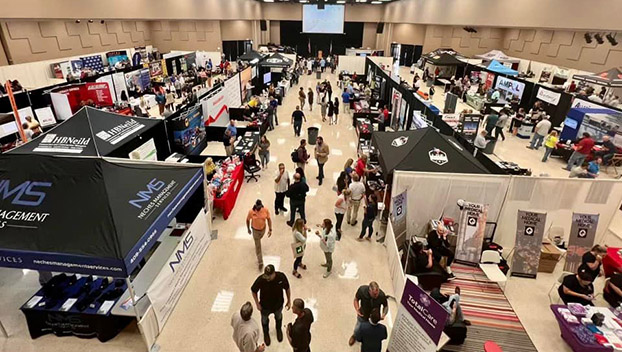 Turnout for the 2022 Industry Show in Port Arthur.