Woman sentenced to life in beating death of 5-year-old 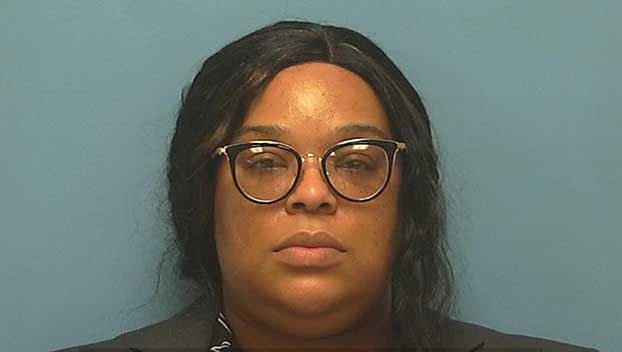 A 34-year-old woman from Orange was sentenced to life in prison without parole for the 2020 blunt force trauma death of a 5-year-old child.

Brenika Lott was found guilty and sentenced last week in the death of Daviana Landry.

Mike Marion, assistant district attorney with Orange County, said the case was difficult and emotional for everyone involved.

“We are pleased with the jury’s verdict and feel that it is the right verdict,” Marion said. “This verdict brings justice for young Daviana Landry. Now her family and the others involved in this case can try and move forward, but they will never forget.”

The Orange Police Department was called to a residence on 10th Street June 26, 2020, in reference to a deceased child.

According to a probable cause affidavit, the responding officers arrived and found Lott performing CPR on the child in the living room.

The child was nude and had apparent bruising on her arms, chest and facial areas. Landry’s eyes were bruised and appeared swollen shut.

Police believe the child had been dead for “an amount of time” based on the condition of the body.

Lott and her son voluntarily accompanied officers to the police department. Lott, according to the affidavit, told police in the initial interview she woke up that morning to find her “goddaughter” lying on the living room floor completely naked.

She said she immediately woke her son, then age 11, to call 911 while she performed CPR.

Lott told detectives the girl had been staying with her for more than a week and she was the daughter of a close friend from Thibodeaux, Louisiana.

She also said she and her son were the only ones who lived or visited the home during the child’s stay.

When asked about the girl’s injuries, the document states, she said they were from dust mites and she treated the bites with Calamine lotion.

Lott also told officers Daviana had sustained a minor injury to the back of her head, which she had treated with liquid Band-Aid. The head injury reportedly happened when Daviana was playing on a slip-and-slide in the backyard June 25.

An autopsy listed Landry’s preliminary cause of death as craniocerebral trauma, including skull fractures, subdural hemorrhage and brainstem contusions. The preliminary manner of death was ruled homicide.

During the investigation, the document says, Lott ignored the autopsy findings and insisted the injuries were insect bites.

Lott’s son told investigators that he witnessed his mother assault Landry multiple times, saying Lott punched the child in the head with her hands on more than one occasion. He also said Lott pushed, slapped, kicked and choked the girl and hit her with multiple objects.

The boy was taken from the home at the time by Child Protective Services.

The case was prosecuted by Krispen Walker and Mike Marion. The defense attorney was Ryan Gertz.