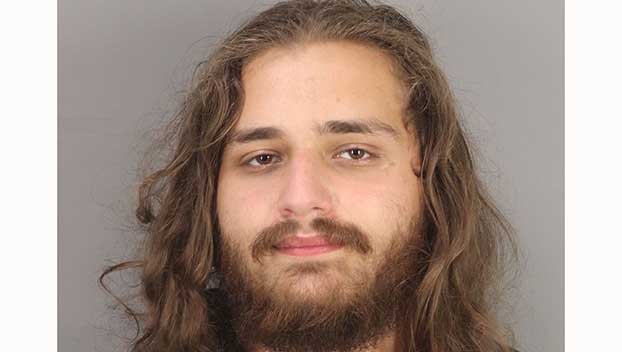 A 21-year-old man wearing an ankle monitor reportedly stole tools from a Nederland business than pushed an employee to the ground before pawning the items down the road.

The man, identified as Beaumont resident Skyler Ray Mordente-Folsom, was indicted last week on a charge of robbery.

Nederland Police Department officers were called to Ritter Lumber on June 24 in reference to a theft. The suspect’s description was given, including the fact he was wearing an ankle monitor.

He reportedly placed a Grip Rite Nailer and a Craftsman tool kit in his cart and left the store without paying, according to the probable cause affidavit for his arrest.

An employee tried to stop the man and followed him to his vehicle. He grabbed the female employee and threw her, which caused her to hit the concrete and injure her arm.

The vehicle was registered to a Beaumont woman police said is Mordente-Folsom’s girlfriend. During the investigation, police learned the man had sold the tools to Triangle Pawn on FM 365 just minutes after the robbery.

Detectives were able to view surveillance video of the interaction at the pawn shop and a warrant was issued for Mordente-Folsom’s arrest.