While PNG came in fourth place in district last season, as a fourth seed, the team went on a hot streak that led them to the third round for the first time in several years.

PNG returns the majority of the starters from that team, led by senior quarterback Cole Crippen, who got his first start last season. 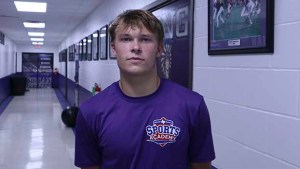 PNG quarterback Cole Crippen was named the Athlete of the Week.

With a season and playoff experience under his belt, Crippen said his team has high expectations this season with hopes of making it further than they did in 2021.

Port Neches-Groves plays its first scrimmage at home against Little Cypress-Mauriceville Aug. 18, with the first non-district game against Memorial Aug. 26 at home.