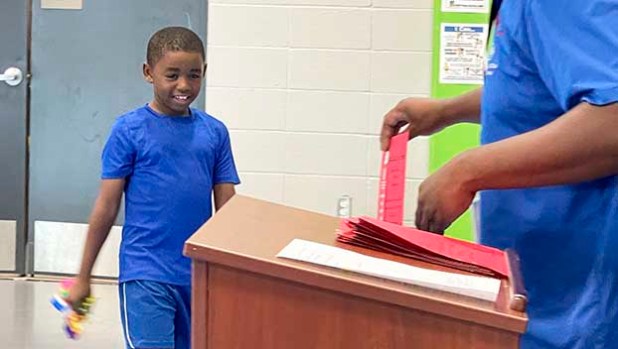 Aiden Reed receives an award Thursday for being in the Mile Club and the Gardening Club from the Salvation Army Boys and Girls Club Summer Day Camp. (Monique Batson/The News) 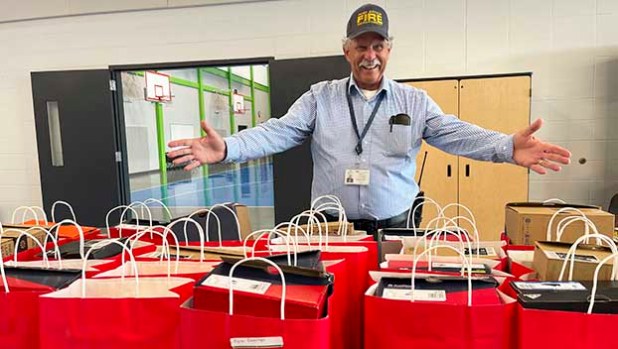 Fire Chief Greg Benson, who oversees the Board of Directors, stands with shoes that were given to the Summer Day Camp attendees. (Monique Batson/The News) 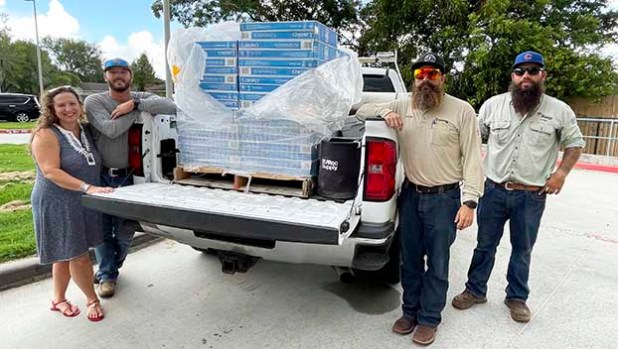 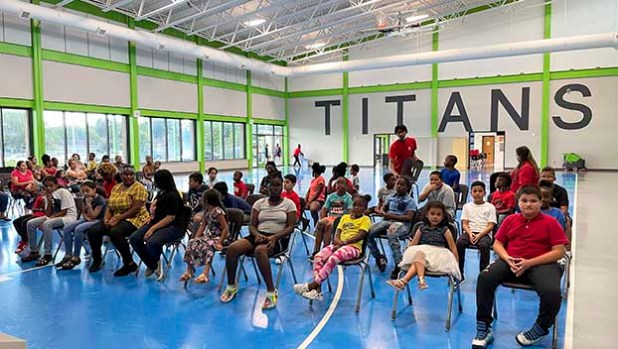 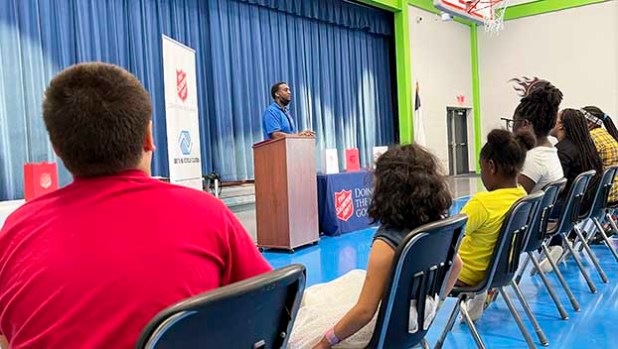 Royce Watson addresses the crowd on Awards Day, which was the final day of the summer camp. (Monique Batson/The News)

The gift was part of the Awards Day Ceremony to close out the last day of the Salvation Army Boys and Girls Club Summer Day Camp.

The summer camp attendees walked each day throughout the summer.

“When they get the shoes, they walked a mile or more to get them,” Watson said.

The Foundation of Southeast Texas donated the shoes. Other gifts included box fans and snacks from Entergy, funds from Hancock Whitney for the program’s community garden and a donation from Triangle Community Outreach.

The summer program, which took place at Houston Elementary School, began June 6 and ended Thursday following an awards ceremony. This year registration was $25, Watson said, but they are working to have all tuition fees paid next year.

“It’s gone really well,” said Fire Chief Greg Benson, who oversees the Board of Directors. “There’s been a good number of kids and a consistent turnout. It’s making a good point and giving the kids what they need.”

Participants, who all attend Houston Elementary School, spent the summer gardening, exercising and making use of the program’s new game room, among other activities.

When school begins, the Boys and Girls Club will resume its after-school program, which serves children from the school from 3-7 p.m. for $1 per day.