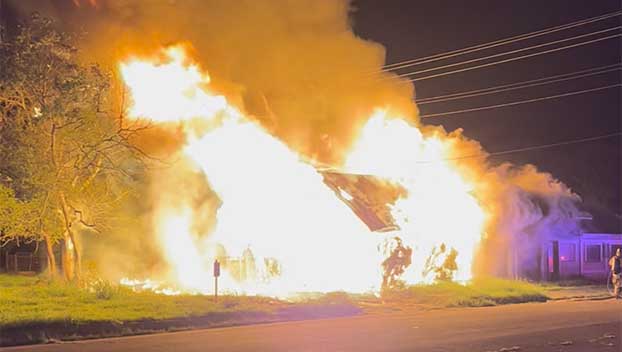 No injuries were reported from an early morning fire that destroyed a vacant building Thursday in Port Arthur.

Crews took a defensive operation due to the severity of the fire and condition of the building, which was near residences and under power lines.

The origin is unknown and under investigation.