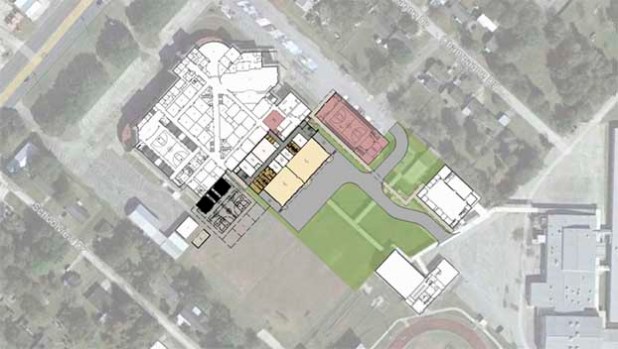 Here is an overhead look of the proposed design for the new CTE building at the high school. (Courtesy photo) 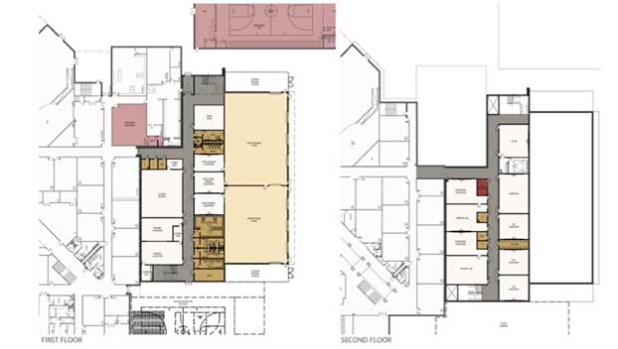 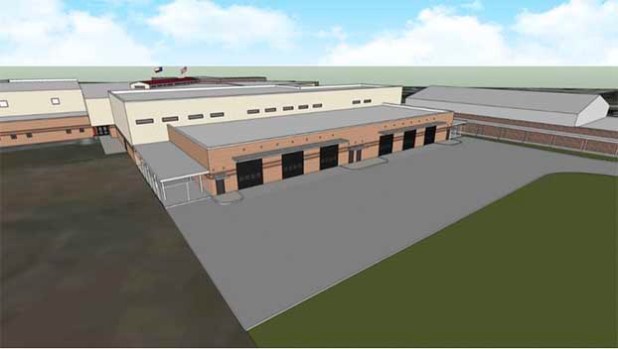 The back of the building has space for trailers to load and unload. (Courtesy photo) 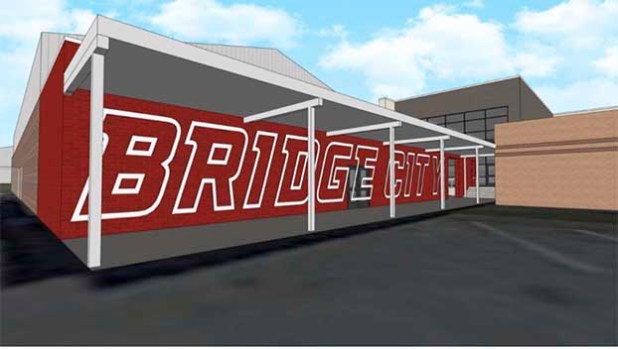 The front of the building will have the “Bridge City” design across the front. (Courtesy photo) 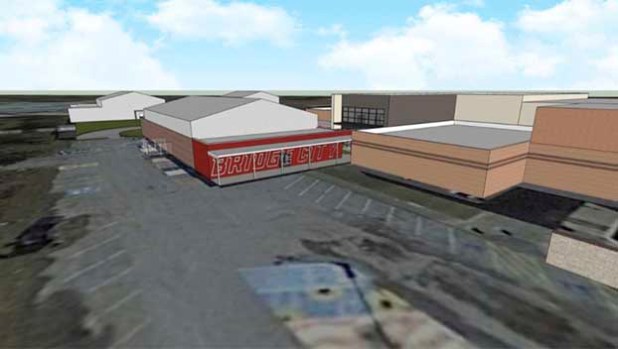 Claycomb Associates provided the school board with a rendering of the outside of the CTE building. (Courtesy photo)

“They had teachers working with architects to try and include things that are important in the instruction of the children,” School Board President Rebecca Rutledge said. “It is important that we don’t leave anything out, or maybe there is something we haven’t thought about. If you are working in the building daily; you know what you need. It is good. They are allowed some input on that to make sure we don’t forget anything.”

The CTE building and new middle school were included in a bond passed earlier this year by voters.

Rutledge said the new CTE building is needed, adding welding students were working with a building that was built in the 1960s.

“It took us three tries to pass a bond,” she said. “Passing a bond is not very easy to do. We want to make sure the taxpayers are getting what they paid for and the students are getting what they need. They are doing a great job with the CTE building. It leaves us a little room for growth over there. We have other CTE programs, and it addresses the other issues we had with the needs of the programs we currently have.”

Claycomb Associates presented the initial drafts at a recent board meeting to widespread approval from the board members.

“I thought they did a great job with some innovated designs,” Rutledge said. “They are doing a great job of getting everything we need and getting it to fit where we need it.”

The president said one of the key elements of the proposed design was the opportunity for growth.

“I liked the design on the entrance,” she said. “I was wondering how they were going to attach it to the old school and not make it look like an add-on building. I liked how they allowed space in the back of the building to unload trailers and equipment. I liked how they took what we called the legacy gym and dressed it up on the front and made it seem seamless.”

Bright City ISD Superintendent Mike Kelly previously told Port Arthur Newsmedia that the design phase would likely go until the end of the year, and the projects would go out for bid in the first quarter of 2023.