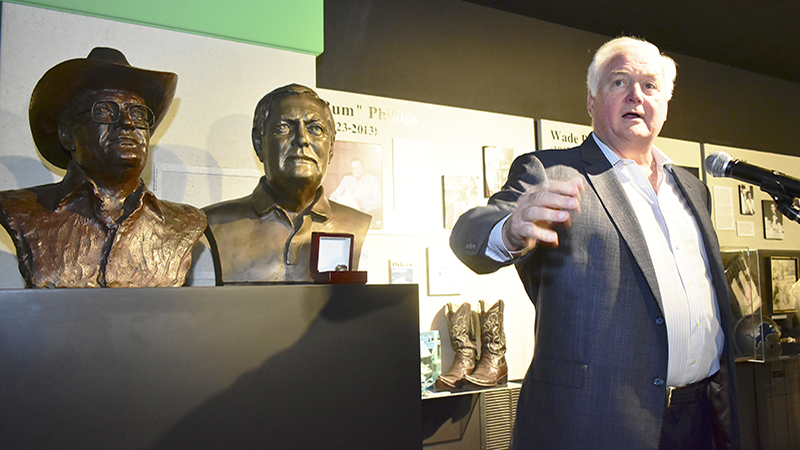 Wade Phillips will once again be the head coach of a professional football franchise in Houston.

The XFL officially announced the head coaches and cities for the league in a news release this weekend.

Phillips was born in Orange and went to high school in Port Neches. After being a graduate assistant at U of H, Phillips was the defensive coordinator for Lutcher Stark High School, now known as West Orange-Stark.

Wade moved up the ranks quickly and has had great success at the professional level as the architect for defenses that played in three Super Bowls and won one with the Denver Broncos. He was also the Cowboys head coach from 2007-2010.

AJ Smith will be Phillips’ offensive coordinator, and Brian Stewart will coordinate the defense.

He had served as defensive backs coach for several colleges since 2007.

“We are incredibly excited to announce our cities and venues and to match each with their head coach, many of whom have a personal history in these new home markets,” said Russ Brandon, President.

“Earlier today we wrapped up our last showcase of the summer in Arlington, with other showcases taking place in D.C. and Orlando last month. I’ve been extremely impressed with not only the turnout at all of these events, but the level of skill and talent these players exhibited. With our football operations team firing on all cylinders, I’m extremely optimistic about our future and the dynamic football we will deliver to our fans this upcoming spring.”

The announcement of teams and coaches allows fans to see the vision for the league, team owner and chairwoman Dany Garcia said.

“What brings a league to life is the passion of the fandom behind it. In each of these cities we will co-create with our fans and build these teams from the ground up so that they represent the unique fabric of our communities,” she said. “We welcome all football fans to join us as we get ready for kickoff in February.”

The league is scheduled to kick off Feb. 18.