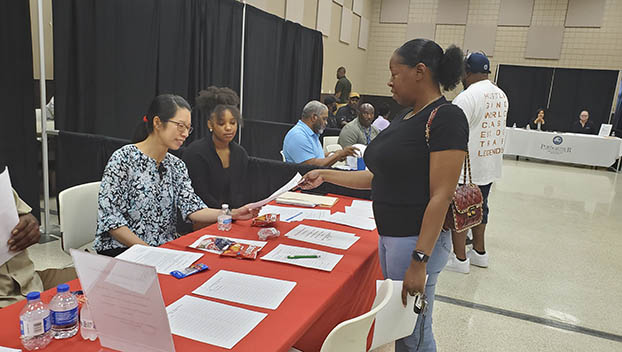 The renewal of a contract with a Houston-based company to provide temporary employees to the City of Port Arthur was approved this week, although staff said priority is given to residents of the city.

The two-year contract with Argus Talent, LLC of Houston was approved at $2 million, but not before council members questioned the hiring process and opportunities given to Port Arthur residents.

“Is there an office here that they have in Port Arthur to attract individuals in our city for the temporary staffing concerns that we have?” asked Councilman Donald Frank. “Was there a local staffing agency that applied or was contacted?”

Staff said bids were sent to companies within the county, but the cost was “much higher” than others, and the pool of employees used are not from Houston but based in the area.

When told county, he replied, “That’s what I have a problem with. Is there any stipulation that this company has for $2 million worth of work that they’re going to do for us that they hire Port Arthurans?”

City Attorney Valecia Tizeno said any company that’s contracted has to abide by the city policy.

City Manager Ron Burton said priority is given to those that live in the city.

He added when people apply through the city, he has their information sent to the staffing agency to “inform them that these are people from Port Arthur who are looking for employment, let’s give them the first bite at the cake.”

In June the city hosted a job fair that drew in nearly 300 applicants in an effort to fill 49 open positions: three in parks and recreation, 17 in public works, 15 in utility operations, and 14 in other departments such as police, non-civil service, IT and finance.

Director of Human Resources Trameka Williams said another job fair will be planned in the future, and that temporary employees can move into a permanent position after working a certain number of hours.