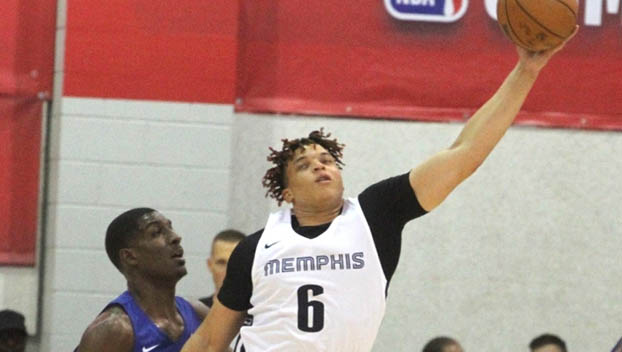 Memphis fell 90-87 to the Spurs, but Lofton lit it up from the floor.

The former Titans star showed his versatility by punishing defenders inside and connected on two of his three 3-point attempts.

Lofton also added two blocks to the stat sheet as he looks to get a guaranteed contract from the team who signed him as an undrafted free agent.