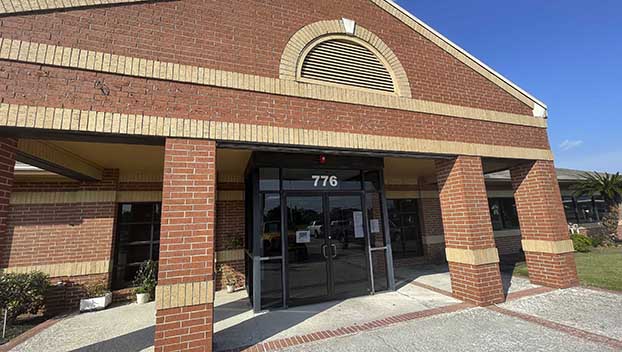 All employees in the Port Neches-Groves Independent School District will receive a 1.17 percent increase in pay next school year under a new budget proposed to the school board this week.

Originally the step raise was budgeted for only teachers, but board members voted to extend the raise to all employees.

That vote followed the announcement that the district was looking at a $5 million deficit; however, the fund balance offsets any unforeseen costs.

“Right now we’re sitting at a deficit budget of almost $5.5 million,” said Sheri Drawhorn, business manager. “Like I said, this is transitional. If inflation slows down, this may be too much. But it’s in there, and we have the fund balance. The large item that I’ve done is I’ve increased the non-payroll accounts for 8 percent inflation. This coming year is just going to be a transitional year, with all the old campuses still open. We’re just not going to know what it’s going to be.”

In April, Cadence McShane Construction Company told district leaders the two facilities under construction at the Woodcrest Elementary site and former West Groves Education Center site were behind schedule and would likely not open until the end of the year.

Both intermediate schools included in a $130 million bond approved in 2019 were expected to be completed by August.

Keeping the existing buildings that were expected to be torn down by the start of the school year was an unexpected expense, district leaders said.

“I think one of the concerns that we have is we don’t know exactly what is going to happen in the near future,” Superintendent Mike Gonzales said. “We’ve been speaking with some people at the Texas Education Agency and just around the state, and there is a lot of extra costs that we weren’t prepared for, and I don’t think any school district in the state of Texas was prepared for. The increased cost to fuel — running buses and transportation — is a big deal in our school district. The cost of fuel has gotten outrageous, and those are things we weren’t expecting.”

Gonzales also mentioned the costs incurred from the pandemic.

“People keep thinking COVID is behind us,” he said. “COVID is still not behind us. We are still dealing with COVID issues. So our substitute budget is up.”

The superintendent said, despite what is shown on paper, the district is prepared.

“What we’re trying to do is just be extremely cautious moving forward in case there is a recession, so our people that work for us in our district know they work in a stable environment,” he said.

Another increase to the budget was raising the cost of student travel meals from $8 to $10.

“I think that will cost us about $40,000,” she said. “It’s not much and I’ve been hearing probably for two years that it’s very difficult to get an $8 meal for these students. So we’re going to increase that and hopefully that will help.”

Drawhorn said there is only one way to ensure an increase in funds.

“The only source of additional revenue for new school districts is to increase your student population,” Drawhorn said. “Right now we earn $9,048 per student per average daily attendance.”