Port Neches kids use lemonade stand to fund their own vacation 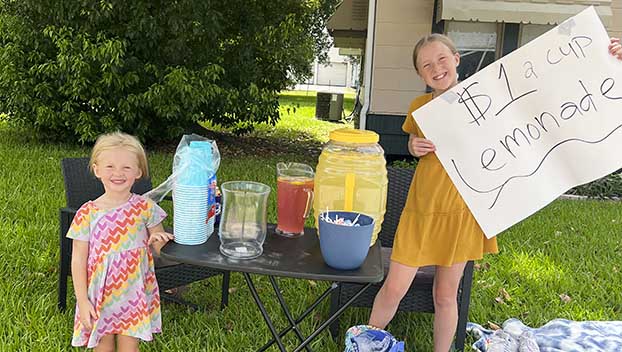 PORT NECHES — Like most households, inflation handed Julie Braneff’s family lemons. But they didn’t just make lemonade; they turned it into a way to fund a summer vacation.

“They kept asking if we could do this and that,” Braneff said. “My bills are double this month, and I had to keep telling them I didn’t have the money.”

Kynlee Millard, 10, and Lilah Bell, 4, had set up a lemonade stand last year and made approximately $100, so they decided to try again and help pay for their own requests. But within three hours, they had enough to take a family vacation. 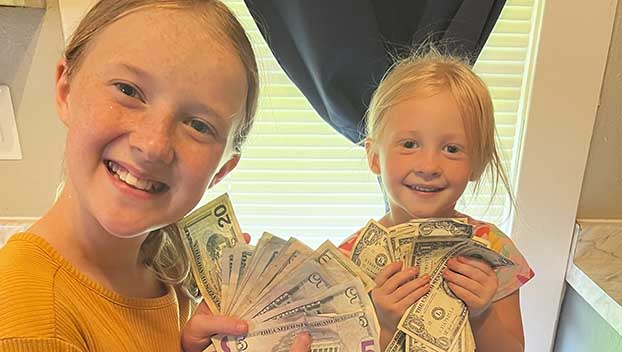 In order to help promote the stand at the corner of Avenue B and Dallas Street, the single mom posted their location on a Facebook page. Despite the heat, the children stood for hours flashing signs at passing cars. They made strawberry lemonade themselves, but purchased premade lemonade to help meet demand.

“We sold four gallons of lemonade,” Braneff said. “There was no way they would have been able to keep up with that.”

By the end of the day, they had become successful entrepreneurs.

“It was awesome,” Millard said. “This girl gave us this big tip for only one cup — $100. That’s when I started crying. I was like, ‘Oh my gosh, thank you so much.’ She said ‘no problem.’ I literally went into tears when I found out we got more money than last time.”

Several Port Neches police officers stopped by for a cup, as did a UPS delivery driver.

“When we started realizing how much money they were making, I said, ‘we have enough to go to Schlitterbahn.’ We might even be able to stay at a hotel.”

The girls have been to a smaller water park in Louisiana, but they’ll be taking their first trip to see the Galveston water park on the weekend of July 23.

“Kynlee is going to freak out when she sees it,” Braneff said.

“I’ve been so excited to go to Schlitterbahn,” she said. “I’ve always wanted to go.”

Braneff said several of the girls’ teachers have messaged asking for the date of the next lemonade stand, so Millard and Bell will be back at work Tuesday from 11 a.m. to 3 p.m., or until supplies run out.