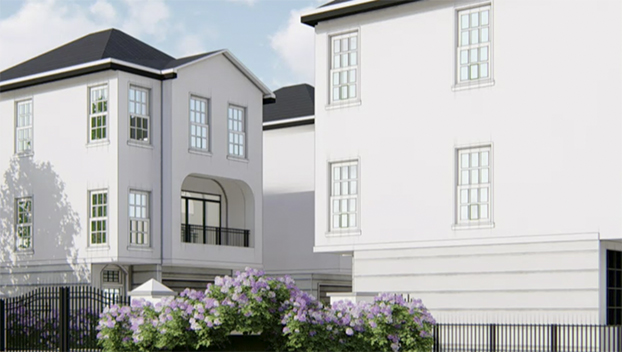 A proposed plan to build patio homes near the Babe Zaharias Golf Course is one step closer to reality after an ordinance previously tabled to grant zoning changes was approved this week.

Richard Gilbert, owner of D&T Interests, and a representative of his company went before the Port Arthur City Council this week following a decision two weeks ago to delay a zoning request due to opposition from residents in the area.

Gilbert filed the request with the Planning and Zoning Commission Feb. 7 with the intent to construct 70 lots on 3.578 acres of land north of Jimmy Johnson Boulevard and east of Golf Hill Drive. The commission on May 16 voted 3-1 to deny the zoning designation following written opposition from four people and verbal opposition from two.

One of the most discussed possibilities came from the potential of constructing Section 8 housing, which is rental assistance for low-income residents provided through the U.S. Department of Housing and Urban Development.

Dallas Smith, who resides on Golf Hill Drive, spoke on the issue at the June 21 meeting.

“If y’all change the zoning…from what it already is, they can build anything they want,” he said. “It can be apartments, it can be Section 8. I’m totally against it.”

Other concerns cited by residents in opposition included potential traffic issues and the decrease of neighboring home values.

In a presentation made Tuesday by Gilbert’s team, one slide addressed what it referred to as “the elephant in the room,” saying the estimated development will cost more than $31 million.

“There is simply nothing ‘low income’ about this development,” the presentation read.

The projected three-story townhomes would have approximately 1,700 square feet of living space, three bedrooms, two bathrooms, gated access and come with an asking price between $349,000 to $399,000.

“This project that I’m proposing here would make a big difference in your city,” Gilbert said. “Because here’s how people look at different cities that they’re looking at moving into: what are the options they’d have in housing? Yesterday’s houses are OK, but you’re looking to land and get people to move into your city, you’ve got to have a different product and you need different styles of houses.”

Gilbert, whose company is based in Houston, said he’s overseen development all across Southeast Texas, including Beaumont.

“The goal is…the people that visit Port Arthur, make them want to live in Port Arthur,” he said.

To see views of the exterior and interior townhomes, click here.