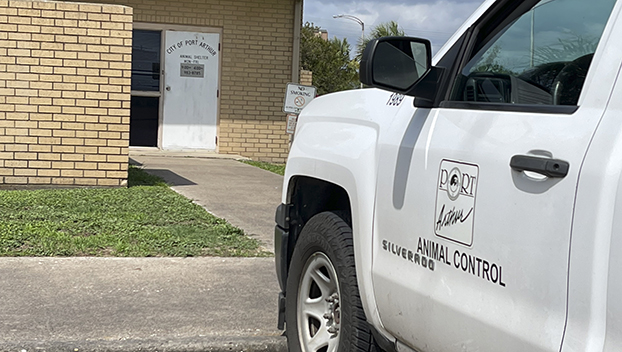 City officials believe the upcoming construction of a new animal shelter could help alleviate issues with stray dogs that sent a city employee before council members for the second time in less than a year.

Ivan Mitchell, transit director for the City of Port Arthur, spoke at this week’s regular council meeting regarding unleashed animals. Mitchell had done so last August after saying he was forced to stab an animal that attacked him while running in the city.

“I didn’t want to come then, but I was frustrated by the issue of unleashed dogs in the city,” he said. “I had been attacked. Based on my presentation I thought something was going to happen in terms of just some type of action. It’s been about 10 months and the situation has gotten, in my opinion, worse.”

Mitchell said he’s been biking often as of late, and was recently attacked by two unleashed dogs after he fell off his bike near the intersection of Thomas Boulevard and San Antonio Avenue. The city employee said he carries a baton similar to that used by police when running or biking.

“Animal control did respond. I’ll give them credit,” Mitchell said. “They came out instantly. They handled the situation with the owner. But it shouldn’t even get to that. My point is, what is being done to force people to lock up their dogs? These people — they don’t care.”

City Attorney Valecia Tizeno referenced the city’s ordinances in regards to the topic.

“We have laws on both state and local levels about dogs,” she said. “It’s called dogs running at large, and it is an offense if a dog is running at large, which is a dog without a leash. There is a fine and a penalty for that. Your dog is always supposed to be on a leash and controlled. So if a dog is running out of its yard, then that is an offense under state and local law.”

Mitchell referenced a house where he said he had been attacked 10 times by the same unleashed dog.

“Just like (Ivan) Mitchell said, every time he’s called, we’ve come out,” Anthony Mitchell said. “And we will always respond. And we do this every day.”

Built in 1978, the facility on 4th Street is built to house 30 animals with an additional 16 kennels to accommodate overcrowding.

Plans to build a new animal shelter is part of a $32.9 million capital improvement project, $9.9 million of which was allocated to the shelter and the relocation of the Port Arthur Health Department.

In May, the city authorized a contract with a Houston-based company to develop a master plan that would, in part, include the construction of a new animal shelter at the site of the former St. Mary Hospital. Two years after the building was demolished in June 2019, the land was gifted to the city.

City Manager Ron Burton said the animal control department has been very cooperative with addressing problems brought forth by Ivan Mitchell and other residents.

“I will continue to work with the citizens, with the property owners, (and) with the animal control staff to see to it that we bring resolve to the concerns of all citizens of the City of Port Arthur,” he said. “That’s my pledge.”