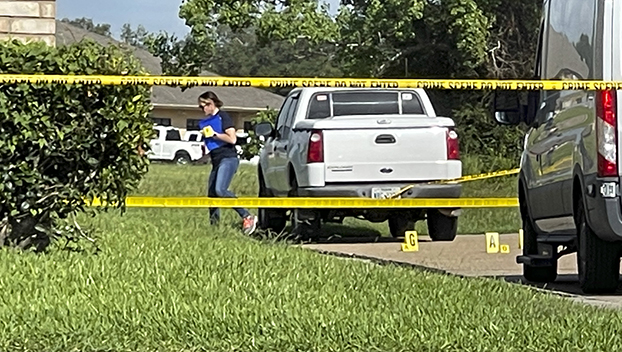 PORT NECHES — As patrol units from multiple law enforcement agencies filled the parking lot to a group of townhomes in Port Neches, some residents watched from a distance, their faces filled with confusion.

Brytni Walton, who lives in the neighboring apartment complex, was headed home from work Tuesday morning when she turned onto Merriman Street and saw the lights from the police cars. 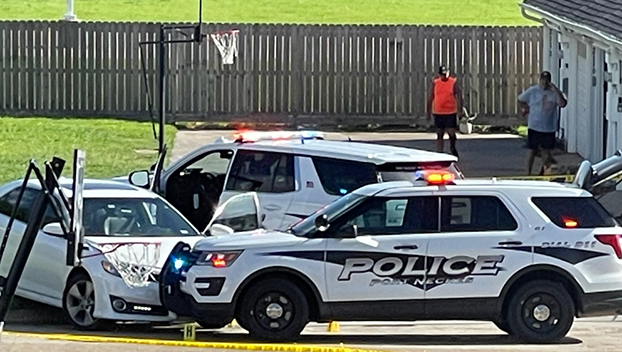 PNPD units are seen on the scene of an officer-involved shooting on Merriman Street. (Monique Batson/The News)

At the time, few details were known about the shooting. But from the back of her second story apartment, Walton could see the scene, which included the body of 21-year-old Trevon Hull.

Hull, according to information from the Port Neches Police Department, was killed in an officer-involved shooting while attempting to flee the scene with a firearm.

Officers had been called to Merriman Square Townhomes in reference to a suspicious vehicle, the department said. On scene, they came in contact with a man who had an active warrant.

The man entered into a car and attempted to leave the scene but crashed into a patrol car.

PNPD said he then attempted to leave the car while holding a gun, which is when the two responding officers fired their service weapons.

Neither of the officers were injured in the shooting, and Chief Paul Lemoine said both have been placed on administrative leave pending an investigation by the Texas Rangers.

The Rangers, who operate under the Texas Department of Public Safety, investigate all officer-involved shootings.

The names of the police officers were not initially released.