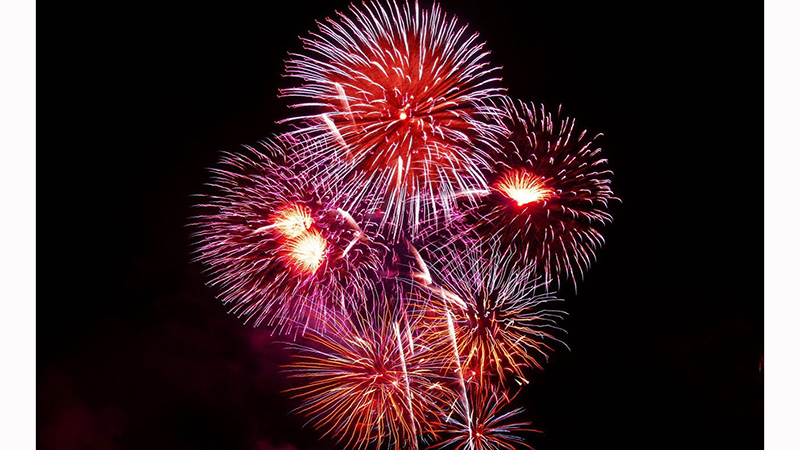 Free local Fourth of July celebrations — one in Port Arthur and one in Nederland  — are offering patriotic fun for area families today.

Port Arthur’s celebration is hosted by Lamar State College Port Arthur, the City of Port Arthur and Motiva Enterprises; and is set for 6-9 p.m. Monday at the Carl A. Parker Multipurpose Center, 1800 Lakeshore Drive.

The event concludes with fireworks over the ship channel.

The Aces Blues Band is providing musical entertainment, and there is going to be a gaming truck on site.

The event includes balloon artists, face painting, a photo booth, a coloring station and giant board games, as well as ice cream courtesy of Motiva.

“Celebrating the Fourth of July is always an exciting time because it allows the college and the community to come together for a great day of fun,” said Tessie Bradford, Dean of Student Services at Lamar State. “There is so much planned, including free ice cream provided by Motiva, that no matter who you are, you’ll find something fun to do.”

The annual fireworks show begins at 9:15 p.m. Monday. People can lineup along the seawall to watch the display.

Nederland’s Fourth of July Independence Day Celebration is scheduled Monday at Doornbos Park, 2301 Avenue H., in Nederland, according to information from the city.

There are a number of activities planned, including a Bike and Wagon Parade with registration beginning at 5 p.m. and the parade starting at 6 p.m.

Winners will be announced during the program, with prizes from Raising Cane’s.

Local veterans have a front row seat to the fireworks in a special viewing area and a picnic provided by Texas Roadhouse.