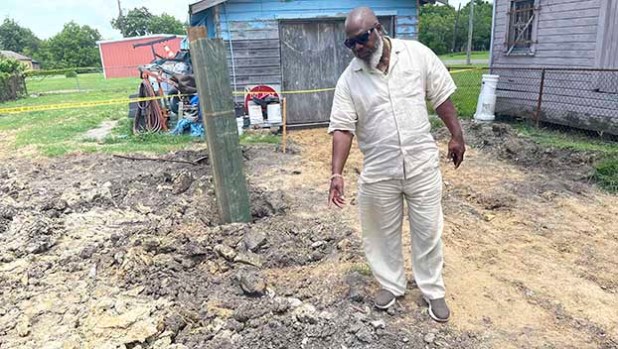 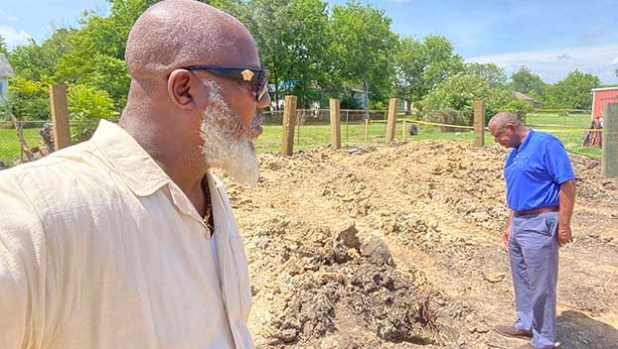 Hilton Kelley, left, meets with City Manager Ron Burton at a construction site on Lincoln Avenue where an oil-like substance was discovered under ground. (Courtesy photo) 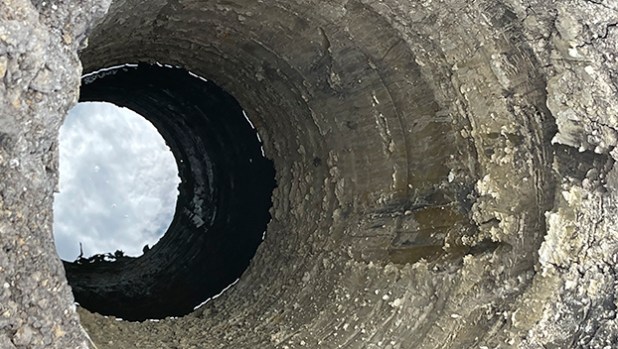 Pictured is one of five pier soil borings where an oil-like substance was discovered. (Monique Batson/The News) 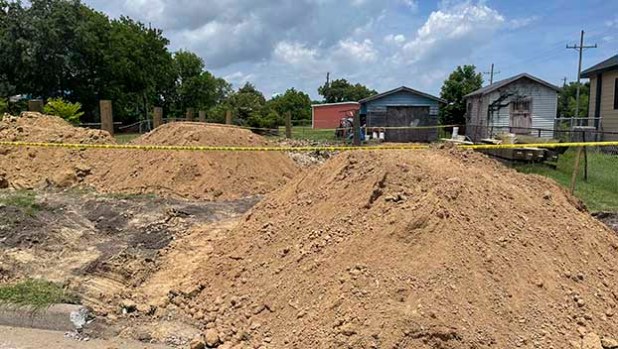 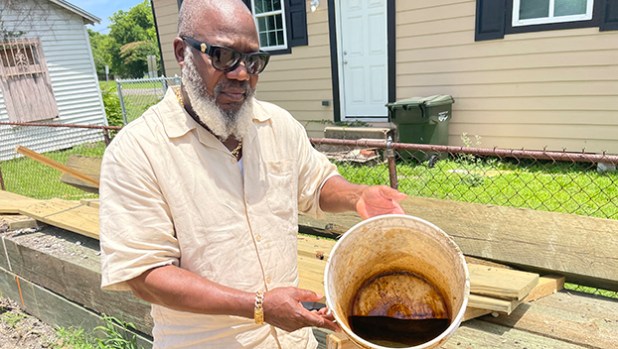 An oil-like substance found underground during home construction on Lincoln Avenue is likely not from a pipeline, according to the Railroad Commission of Texas.

Engineering Specialist Kevin Serrette said a map of the area shows the nearest pipelines to be in the area of Hogaboom Road and FM 366.

The commission oversees pipeline compliance in regards to state regulations.

Serette said if the liquid is refined, it falls under the Texas Commission on Environmental Quality.

What department is responsible for cleaning up the liquid has been a question since it was discovered in early June during construction across the street from Lincoln Middle School.

The property owner, who did not want to be interviewed, was rebuilding his residence through funding from the General Land Office after his original home sustained damage from Hurricane Harvey in 2017.

Following the discovery of the liquid at the bottom of five pier soil borings, the Port Arthur Fire Department responded and surrounded the lot with caution tape. Dirt was also added to the front of the property to help contain any spillage caused by heavy rains.

City Manager Ron Burton said Thursday neither the Railroad Commission nor TCEQ had reached out to inspect the site, but city officials were monitoring the property.

Community environmental activist Hilton Kelley, who has been working with the homeowner and city staff in an attempt to have the liquid cleaned up, previously cited the potential for rain as a concern.

“This is a threat to that whole neighborhood,” Kelley said. “This stuff is very pungent, and if it spills out into the street and goes into the sewers, this is going to be a major problem.“

Friday, following a storm that dropped up to 10 inches of rain in isolated areas, a Port Arthur Newsmedia member attempted to check on the site but was unable to reach it due to flooded roads.

Kelley has reached out to the Environmental Protection Agency to help expedite the cleanup.

“A serious assessment will be done,” Kelley said. “Everyone is being very careful.”