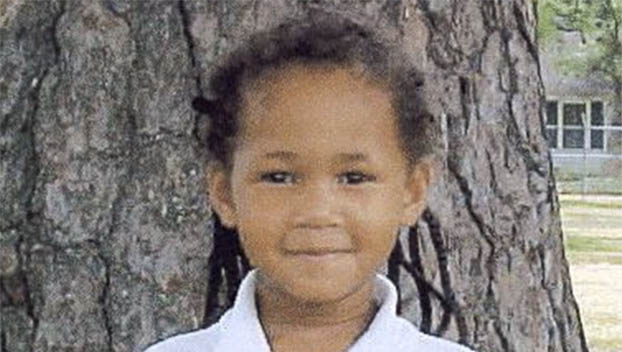 Mark Blanton was the assistant police chief in Port Arthur in 2002 when a pipeline worker found the body of a young girl on Pleasure Island.

The spot was remote, and wildlife officers had found the remains of the little girl, later to be identified as 4-year-old Dannarriah Finley. The child had been reported missing from her home in Orange on July 4, 2002.

Blanton said there wasn’t much DNA evidence left at the scene, and a nearby alligator was euthanized.

“I did not want to retire without that case being solved. I still think it’s a solvable case,” said Blanton, who later went to lead the department as chief.

The Orange Police Department took charge in the case, with PAPD detectives going to Orange on a regular basis to assist.

In 2016 Blanton retired after 40 years in law enforcement. And to this day, he remains haunted by the cold case.

Finley reportedly went missing from her home at 10 a.m. July 4, 2002. She had been kidnapped, raped and brutally murdered.

But evidence was found.

Detectives located a pink, white and yellow flower print sheet they believe was probably used to transfer the body from where she was killed to Pleasure Island.

Finley was positively identified by DNA and, according to news reports, every sex offender in Orange at the time was questioned.

Officials originally did not comment on the condition of Finley’s clothes, or if any were even located.

Former Orange Police Chief Sam Kittrell said at the time that hundreds of pieces of evidence were collected by investigators from different sites. FBI Behavioral Sciences Division and the Bureau’s laboratory in Quantico, Virginia, were assisting with the case.

Finley’s mother told police in Orange that the child was missing and family members checked at relatives’ houses. A massive search ensued with hundreds of volunteers, law enforcement officers, helicopters and tracing dogs over a two-day period

“We are at a point where we are waiting on new technology or new investigative measures that may assist in the investigation,” Medina said.

And two decades ago, evidence was preserved for future testing.

“It stays in every investigator’s mind, but not only officers but people in the community. It could have been anybody’s child,” Medina said.

While Medina was not an officer 20 years ago when the crime occurred, he is familiar with the case. Veteran officers make sure to inform new officers and push them to familiarize with cases such as that of Finley.

Like others, Medina wants to see justice brought to the child and the community.

“If someone knows something, even if you feel it’s not important, it could be important to us or the case in our perspective,” he said.