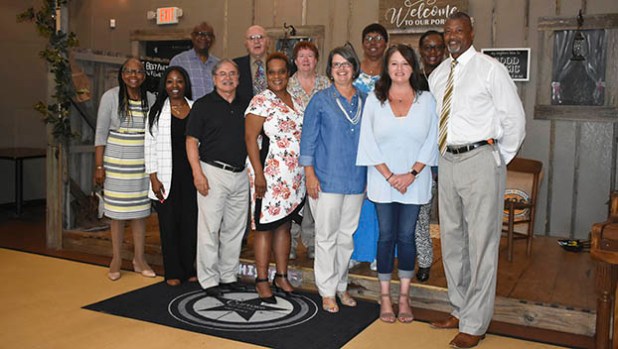 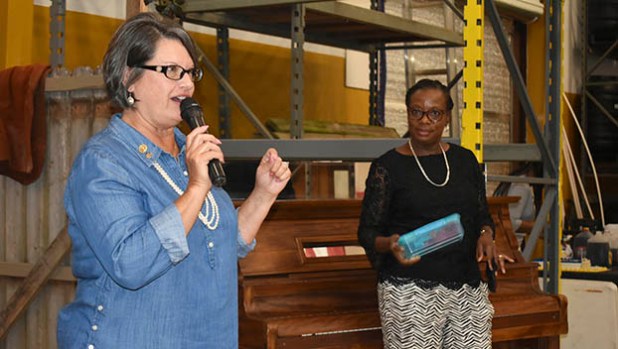 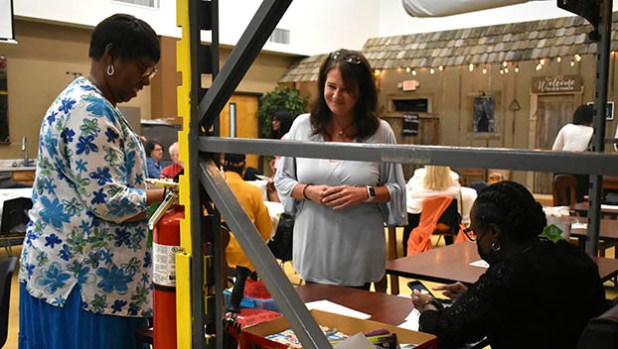 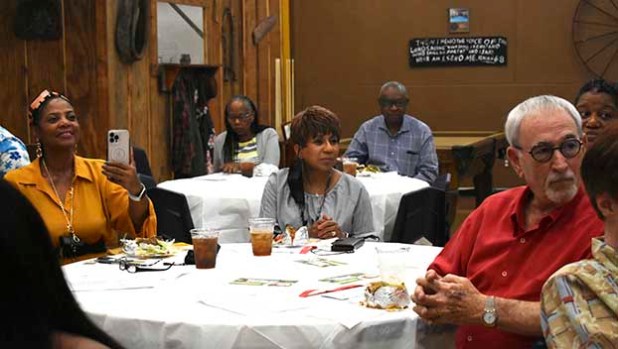 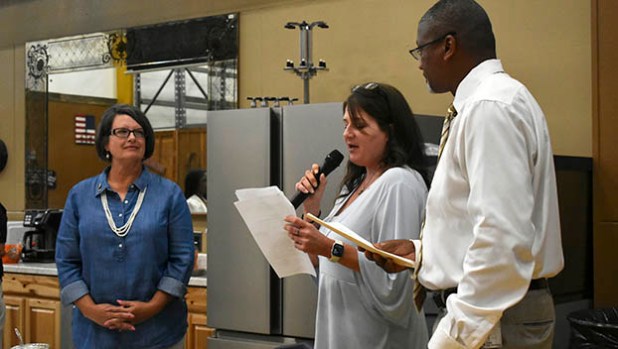 A local service organization that provides scholarships to graduating students, dictionaries to third graders, donates funds to other nonprofits and more has a new leader.

Port Arthur Newsmedia Editor Monique Batson on Thursday was installed as president of the Rotary Club of Port Arthur. The meeting was held at Clifford Distilling in Downtown Port Arthur.

“It is an absolute honor to be chosen to lead a civic organization than has served the residents of Port Arthur for more than 100 years, and to do so with an incredible Board or Directors,” Batson said after the meeting.

Batson thanked the members who offered their assistance to her in her new role with Rotary.

“The newly-elected board members have, by large, all served as a president of the club at some point; and their wealth of knowledge and deep love for community service is continually inspiring,” she said. “This organization and its members are truly one of the best things about Port Arthur.”

“Teaching the kids how to use the dictionaries, that was a really, really great experience for everybody, and the kids loved it,” he said. “You should have seen the kids’ faces when we passed those dictionaries out and then started showing them how to use it, as well. It was really fun and exciting for us, as well as for the kids.”

The Rotary Club of Port Arthur is also known for the annual Taste of Gumbo, a fundraising project where guests buy a ticket and are able to taste gumbo and a few other dishes in one setting. This year’s event was to be held in March but was canceled due to the pandemic.

Instead there will be a Taste of Summer July 9. This is a first time event for the club and will include food vendors of all types, live entertainment and more at the Carl A. Parker Multipurpose Center from 11 a.m. to 3 p.m.