National Weather Service: Up to 10 inches of rain fell in 12 hours 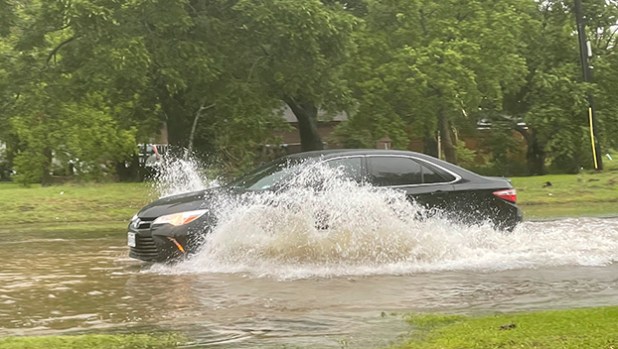 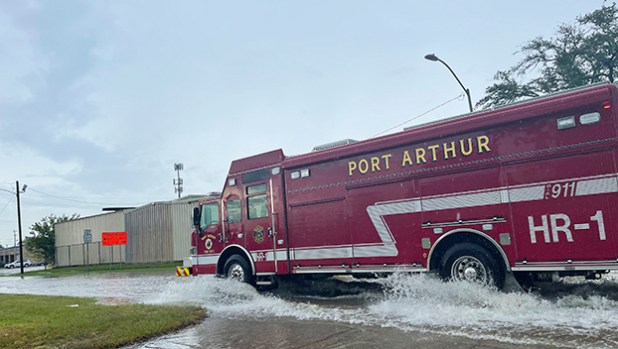 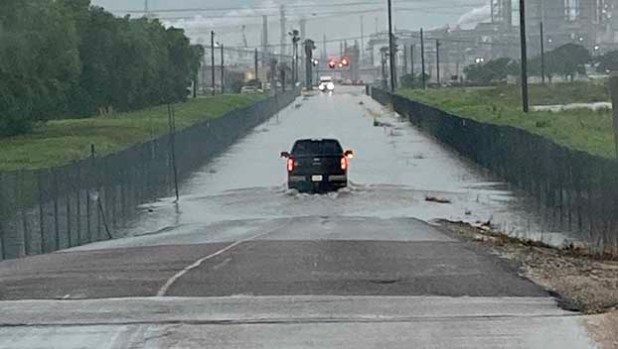 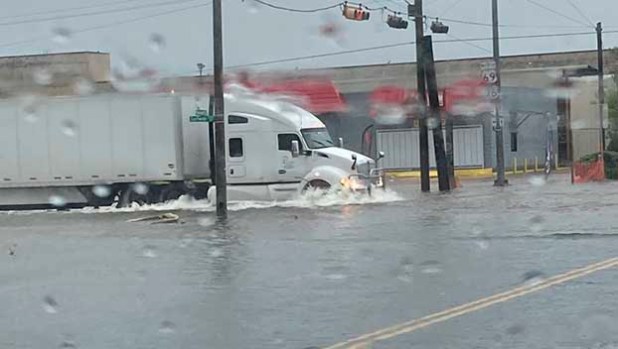 Flooding at the intersection of Gulfway Drive and Memorial Boulevard. (Dee Jordan/The News) 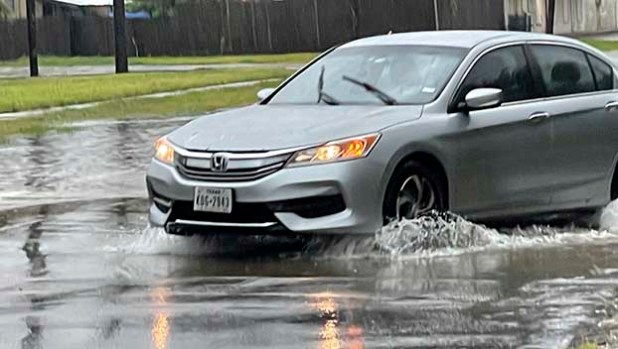 A low-pressure system dumped 5-7 inches of rain with isolated areas of up to 10 inches across a 12-hour period Friday, which led to significant street flooding in the city.

A few hours later the city issued another update with a list of streets that were underwater, asking residents to avoid those areas, which included 9th Avenue and Jimmy Johnson Boulevard, 9th Avenue and Procter Street, Woodworth Boulevard, Shreveport Avenue and 4th Street, and parts of Gulfway Drive.

Due to the street flooding, city buses stopped transporting residents until after the water began to recede.

Officials with the Museum of the Gulf Coast opted to remain closed Friday due to flooding in the area.

Houston said he had been in contact with local meteorologists and the National Weather Service as well as with Jefferson County Drainage District No. 7 and the city’s public works division.

Some areas such as that on Gulfway Drive likely had flooding due to road construction, while flooding also occurred in areas with a history of doing so, he said.

There were no major wrecks due to the weather conditions as of noon Friday.

Houston said he believes people were heeding the warning to stay off the roads if possible.

Phil Kelley, general manager for DD7, said they had employees out starting at 2 a.m. Friday and that all pump stations were working.

Kelley said they did receive a lot of calls from people on the west side of the city and, in talking with meteorologists, noted the west side likely got some of the heaviest rainfall.

“We recorded 8.5 inches of rain downtown and about the same around the (Port of Port Arthur) area,” Kelley said. “At one point there was about 6 inches of rain per hour.”

DD7 worked to lower the water level in some canals to create storage for the rainfall, he said.

Stacey Denson, meteorologist with the National Weather Service in Lake Charles, said there is a 70 percent chance for showers and possible thunderstorms before 1 p.m. Saturday. New rainfall amounts cold total up to three-fourths of an inch.