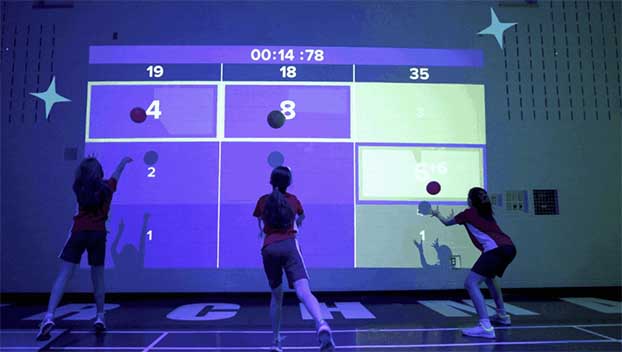 Imagine an interactive game inside an elementary school gym that allows students to play and work on core subjects at the same time.

The state-of-the-art system is coming to elementary schools in the Port Arthur Independent School District this upcoming school year.

Kenneth Daigre, instructional technology supervisor with the district, recently presented a video on the new program to school board trustees showing students looking at a scene projected onto a blank wall that featured simple math problems. The students in the video tossed balls at the correct answer and it was tallied up. This was but one small version of what the system can do.

The district is set to be the first in the Region 5 Educational Service Center and the State of Texas to use the Lü Interactive Playground system. 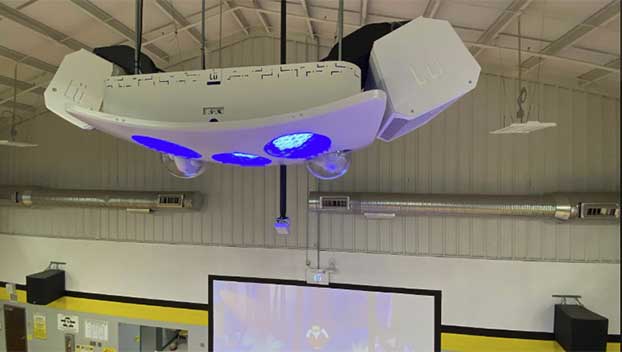 The Lü Interactive Playground system is shown mounted on a ceiling. (Courtesy photo)

Daigre said with the new system, students are learning basic to advanced content areas without realizing they are learning.

“In efforts to use all the advantages we can to add solutions to solve academic gaps among students, we looked at all we had to increase motivation,” Daigre said. “We know kids love to go to (physical education), they always have. And with this, kids are actually learning.”

Research of the Lü Interactive Playground system being used in California showed gains in student performance by using the interactive gaming system.

“So why not use P.E. to help improve those academically challenged students, especially in inner city areas where there are more hurdles and challenges,” he said. “And being sports is such an integral and well-liked part of the culture in the State of Texas, we felt it is a great way to evolve.” 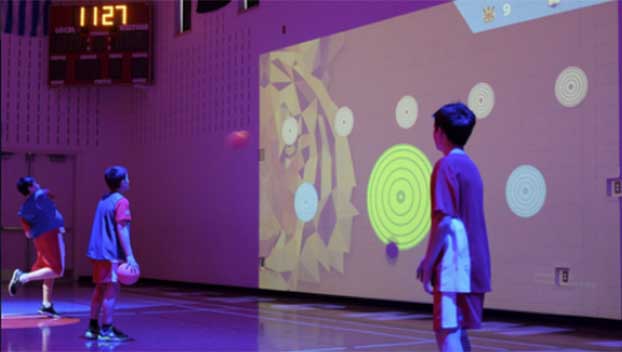 This is an example of students using the Lü Interactive Playground system. (Courtesy photo)

The total cost of the program is $201,341.52, which was approved by the PAISD Board of Trustees last week.

The device is compatible with a number of different mounting options and is made of high-grade materials rated for high impact.

The new systems will be in all eight of the district’s elementary schools.

Daigre said Lü Interactive Playground wants to do a case study on the district to chronicle the progress.

Adrienne Lott, PAISD media and communications specialist, said the interactive panels in P.E. classes will enhance the way teaching is done in the district.

“Students will think they’re playing a video game when they’re actually learning and exercising at the same time,” Lott said.  “The fact that all core subjects are covered in the simulations is a win-win situation for our teachers because objectives are being reinforced in a fun and meaningful manner that will keep kids engaged.”