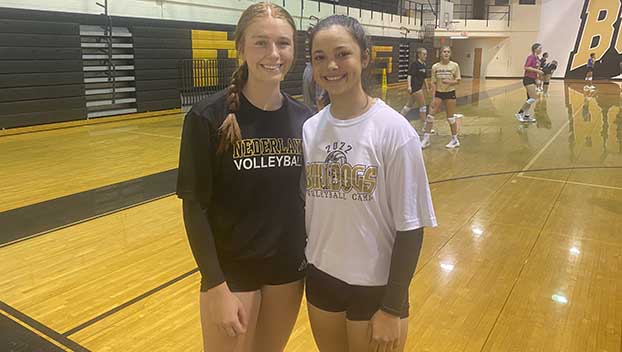 NEDERLAND — After losing six seniors to graduation, the Nederland volleyball team is using the summer workouts to work in new leaders and build team confidence.

“We have had pretty good attendance up until this week,” Crommett said. “We are kind of low on numbers, but for the most part we have had 40-50 kids.

“We have had good numbers and good participation. I feel like we have developed some skills and broken things down to where we needed to.”

Out of the 15 students who played in the playoffs last year for the Bulldogs, Crommett will have nine returners.

“It’s not bad,” she said. “As of right now, looking at where we need people, we will probably have five or six sophomores on varsity. The four seniors and one junior have been on varsity since they were freshmen. They have had a lot of experience, which will help us with that big sophomore class.”

Ava Wiltz and Audrey Johnson are two of the team’s incoming seniors.

“I think it has gone pretty well,” Wiltz said. “I think the people that needed to be here have been here. We have been showing up and practicing longer.”

Johnson said the players knows they have to work hard because of the amount of leadership lost from last season.

“We have a very young team,” she said. “We have been having to change positions and work to be better than we were last year. I think, as a team, we can work on confidence. I think if we get our confidence up, we have potential to be very successful this season.”

Crommett said the team has done well in summer league, and every player has played multiple positions. Summer leagues are coached by the players, and coaches typically watch from the sidelines.

Volleyball programs are allowed a certain amount of time for skill practice during the summer with high school coaches.

“I had two varsity-type teams that played in Mt. Belviue and I had a varsity, freshman and eighth grade team that played in Beaumont,” Crommett said. “Every single week there was a different lineup. It made people like Ava Wiltz, who is my libero, play six rotations. Everyone was thrown into to stuff and what would work best for the team. Some stepped up and surprised us. I am not taking Ava out of her libero jersey, but if I needed to, I know I could.”

Crommett said the real test will be how the players respond to having three weeks of no practice as the team rests before training camps begin in August. 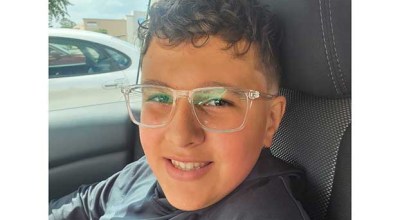