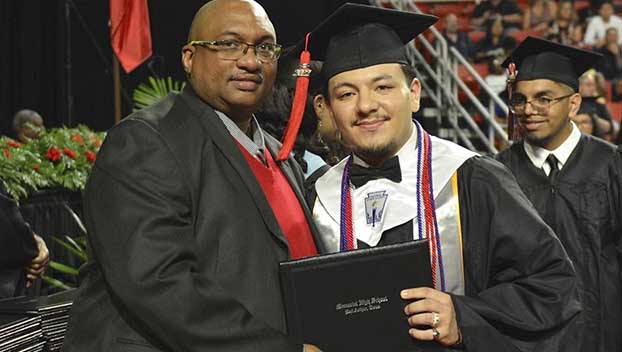 Port Arthur Memorial High School graduate Josebet Gutierrez is heading off to Texas Southern University in just a few short weeks to start a path toward his dreams.

Gutierrez plans to be a high school history teacher and later work in administration to help guide students along a positive path.

He has seen classmates make bad decisions and has also seen former classmates die due to gun violence.

“I want to be able to make a difference and I think this is the best way to reach many children and try to make an impact in a school where they go from 7:30 a.m. to 3:15 p.m.,” Gutierrez said. “That’s a lot of time you can spend with children and be a good influence. Not everybody has a good role model. Some only have what’s on TV or what goes on around them.”

Gutierrez hopes by starting off as a teacher he can learn what students are feeling and of their concerns. As for history, that’s one of his favorite subjects. 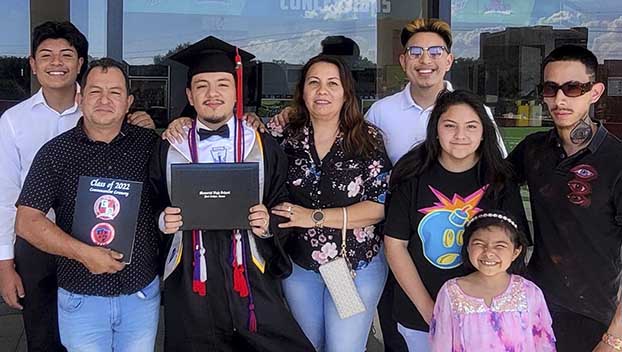 The soon-to-be college student has a few people he looks up to as mentors.

One is his older brother, the first in the family to go to college.

“He goes to the University of West Texas,” Gutierrez said, adding when they were younger, their family had financial struggles and his brother still managed to graduate high school at No. 11 in his class.

Now, his brother, Miguel Gutierrez Jr., is set to finish with a master’s degree. This has led Gutierrez to work even harder to achieve his own goals.

He also credits band directors Alex Frazier, Marc Ward and Larry Oliver with helping set up the audition to be part of TSU’s Ocean of Soul Band and choosing the university that is the best fit for him. The band directors also worked to improve his skills as a trombone player.

Since working with the directors, Gutierrez has become confident about his abilities as a musician and feels the techniques and lessons helped him excel .

Frazier described Gutierrez as a student with high character who leads from the front and never has to be told anything more than once. 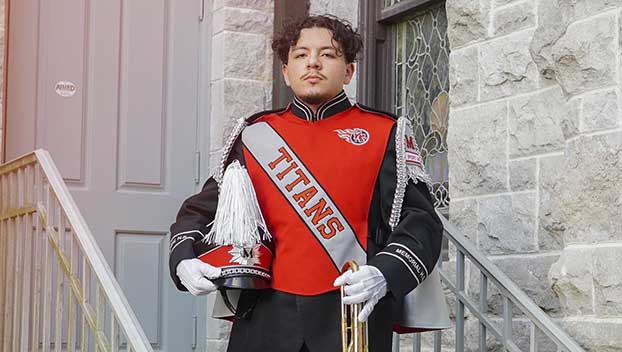 Josebet Gutierrez in his Memorial High School band uniform. He is now enrolled in Texas Southern University on a full ride scholarship for band/music. (Courtesy photo)

“He has a strong sense of who he is and what he wants. That he sees us (band directors) as mentors is really an honor,” Frazier said.

The band director said Gutierrez is the type of student who is first in and last out and the type of person who takes criticism extremely well.

Frazier believes his former student will easily pick up what he needs to learn and assimilate into the band at TSU based on his previous work and dedication at Memorial, which translated into scholarship dollars.

Gutierrez is the recipient of several scholarships, including one from Alpha Kappa Alpha Sorority, Incorporated, Epsilon Theta Chapter.

The international service organization was founded on the campus of Howard University in Washington D.C., in 1908 and is the oldest Greek letter organization established by African American College educated women, according to the sorority.

He also received scholarships from the Rotary Club of Port Arthur, Victorious Life Youth Mentorship and he received a full scholarship from TSU — $40,000 over four years for band/music.