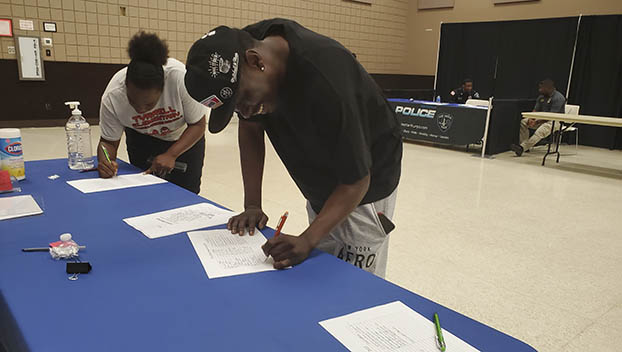 Samuel Washington signs in at the front desk during the city’s job fair for in-house positions at the Robert A. “Bob” Bowers Civic Center Tuesday. (Mary Meaux/The News)

A line had formed in front of the Robert A. “Bob” Bowers Civic Center Tuesday morning prior to the start of a job fair for in-house positions.

In mid-May, city staff said they were restructuring employment requirements in an effort to fill 49 vacant positions: three in parks and recreation, 17 in public works, 15 in utility operations, and 14 in other departments such as police, non-civil service, IT and finance. 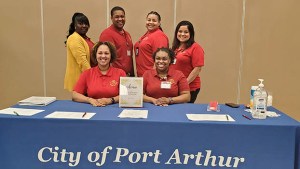 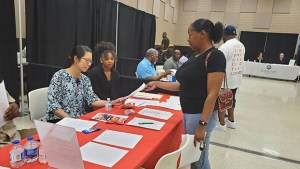