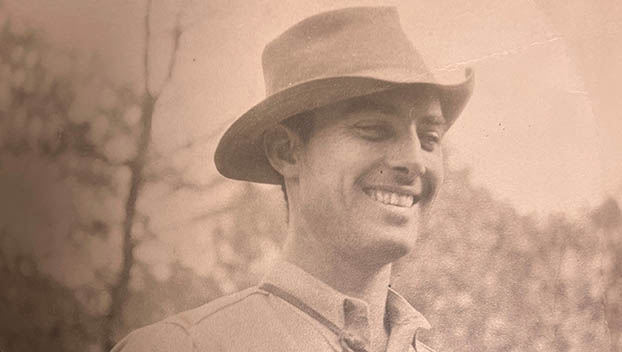 A Celebration of Kennie (Buck) Eugene Garlington’s Life, age 95, of Lufkin, Texas, was held on Tuesday, June 14, 2022 at Stringer & Griffin Funeral Home in Jasper, Texas with burial at Weeks Chapel Cemetery in Jasper.

Kennie (Buck) Eugene Garlington passed away in Lufkin, Texas on Saturday, June 11, 2022, at the age of 95. He was born August 29, 1926, in Brookeland, Texas to T.L. (Link) Garlington and Gertrude Gilbert Garlington. He was a graduate of Brookeland High School.

Kennie was an avid outdoorsman. His passion was deer hunting, fishing, camping and outdoor sports.

He was an outstanding 42 player. He and his partner won first prize in the 1992 Charlie Wilson Annual Senior Tournament, receiving a beautiful trophy and a free trip to Washington, D.C.

He immediately accepted employment with the Texaco Refinery, Port Arthur, Texas as Garage and Maintenance Supervisor for 35 years.

In 1961, Kennie met and married the love of his life, Patricia (Pat) Owens. Kennie retired from Texaco in 1984.

He and Pat and two beloved friends, George and Linda Way, traveled extensively, including the British Isles, the Artic Circle, Alaska and the Panama Canal.

For several years Kennie was Commander of the Mid-County Optimist Composite Squadron of the Civil Air Patrol, an auxiliary of the United States Air Force.

Under his leadership, this squadron recruited sixty new cadet members. The squadron was named number one twice in the Texas Wing and in the top four squadrons in the nation.

Kennie earned his rank of Lt. Col and received many awards for his leadership, including the coveted “Male Senior Member of the Year” award in the Texas Wing.

Kennie was a long-time member of Trinity Presbyterian Church, Port Neches, where he served on the Board of Deacons and was a Session Member for many years. He also chaired many committees while there.

Kennie was a member of the Masonic Lodge of Nederland, the Shriners and Scottish Rite.

He was preceded in death by his brother, R.A. Garlington and sister, Berneice Garlington Thomas.

Memorial contributions may be made to Trinity Presbyterian Church of Port Neches, 805 Sierra Drive, Port Neches, Texas 77651 or the charity of your choice.

Services are under the direction of Stringer & Griffin Funeral Home of Jasper.