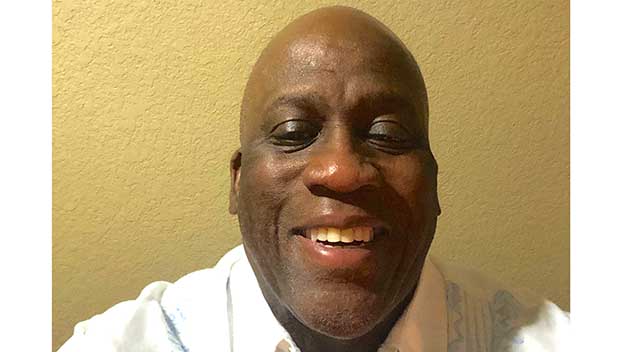 Not long ago, I told you about a Port Arthur family I met while coaching youth softball.

I spoke about her quiet nature, which I’ve come to learn was inherited.

On May 29, Rhionnon lost her father, Roderick Weatherly Sr. Immediately my heart broke for her, Rodrick Weatherly Jr. and her mother, Eva.

I knew Mr. Weatherly as the supportive parent who was at every practice and every game, without fail. But like his daughter, he was a man of few words.

So I was surprised following his death when the Port Arthur Independent School District released a statement about the loss of a beloved teacher.

The kind, quiet family man was not just there for his children, but for so many others.

So it is through their words and those who knew him that I’ll share his legacy:

“He was a blessing to his family, his community, our school and to me. I appreciated his positive attitude and professionalism at work.” – Joyce Moore

“Of all the teachers I’ve had, I’ve always remembered Mr. Weatherly. He was one of those teachers who took their time to get to know his students. His class was my favorite of all time because he always treated me with the upmost respect… I can’t believe he is gone. My deepest condolences to his family. We definitely lost an exceptional teacher.” – Katrina Shields

“The first teacher to ever believe in me before I believed in myself.” – Ken Burks Jr.

“Definitely a true man of God who humbly walked in love with everyone!” – Fredia Washington.

“When I say I will never forget Mr. Weatherly… When I became a senior, believe it or not, I already had everything I needed to graduate so I chose his class as an elective to work and go to school half a day. He was hands-on with us and made us dream big. I never forget I will always voice my concerns and he will research answers and weigh the pros and cons together. He will be missed.” – Ebony Stephenson

“He was a good man and friend.” – Eugene Wilson

“Mr. Weatherly was a true gentleman and a kind and patient man. I enjoyed working with him. My deepest sympathies to his family, who are also special to me.” – Jerrilynn Miller

“Never met anyone with the power to make things happen like Rod. He will be missed by family and friends.” – Robert Turner

“He was the best and nicest teacher Memorial ever had.” – Andres Cruz

“If you didn’t get a chance to sit in one of his classes, you missed a treat! I had him my senior year at Memorial and I thoroughly enjoyed his class. He kept it interesting. One of the most amazing, influential teachers you could ask for! PAISD will truly miss him and his devoted work.” – Kimberly Johnson

“I first met Rod Weatherly about 16 years ago when he was the general manager of Suga’s Deep South Cuisine and Jazz Bar. He would arrange TV segments for me. Sometimes he’d give me interviews or set up interviews with others for me. He was soft-spoken, very much a gentleman and just super nice. He left Suga’s to teach. When I taught SAT-ACT Prep last year at Port Arthur Memorial High School, our classrooms were near each other. Anytime I had questions about “Schoology” or “Google Classroom,” Mr. Weatherly was there to offer assistance. He was the school’s debate team coach, so he invited me to offer pointers to his students. I enjoyed working with him to teach the children speaking skills and the nuances of persuasive speech. Again, he was a gentleman, but he was firm with students when necessary. Our children also attended high school together. I knew Mr. Weatherly as a family man, a Morehouse Man, a fine educator, and a lovely human being. The world has one less fine person in it tonight. My condolences go out to all who loved and knew him.” – Jackie Simien